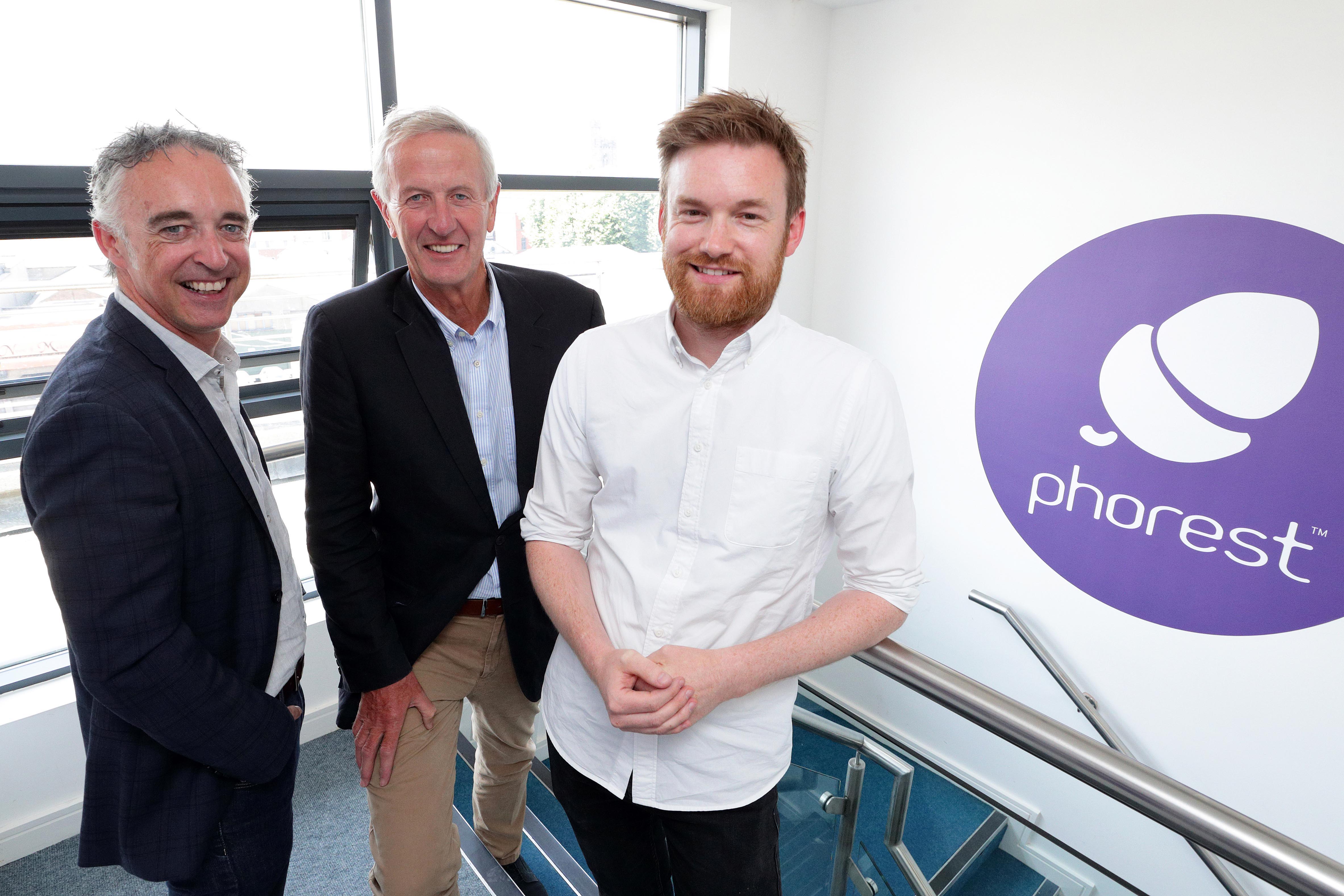 HBAN, the all-island organisation responsible for the promotion of business angel investment and a joint initiative between Enterprise Ireland, InterTradeIreland and Invest Northern Ireland, has announced that its winning streak at the EBAN Annual Congress has continued. Phorest, the HBAN-backed salon software company, was named most successful business financed by early stage investors at this year’s event in Helsinki.

The award – presented in front of an audience of 530 investors, entrepreneurs, VCs, corporates and innovators from 35 countries – celebrates businesses that have grown into successful, international enterprises since receiving early-stage funding. It recognizes companies that have achieved a positive exit for investors and whose growth has been greatly impacted by their early-stage investment.

Alongside an equity investment from Enterprise Ireland, Phorest raised €700,000 from 12 HBAN angel investors in two funding rounds in 2011 and 2013. This paved the way for further success and in June last year, Phorest completed a third round of investment, receiving €20 million from US investment firm Susquehanna Growth Equity (SGE). As a result, eight of the original HBAN investors were bought out, each receiving an average return amounting to 10 times their initial investment.

The company’s software is now used in more than 5,600 salons in six countries. It has become the market leader for salon software in the UK and Ireland, while its market share in the US, Germany, and Australia is rapidly growing. To meet increasing worldwide demand for its technology, Phorest now employs 200 people in Dublin, Cologne, and Philadelphia.
Phorest’s angel investment came from HBAN’s Bloom Equity and Boole Investments syndicates, with Pat Garvey of Bloom Equity, now chairman of Phorest, acting as lead angel.

The award is the sixth won by HBAN at the EBAN Congress in seven years. In 2013, the network was named EBAN Federation of the Year, followed by DecaWave’s accolade of most successful business financed by early-stage investors in 2014. HBAN partner, Cork BIC, was the best performing EBAN new member in 2015 and in 2017, HBAN scooped the best business angel week award. Last year, HBAN was named the most globally networked organisation at the awards ceremony.

Ronan Perceval, CEO and co-founder, Phorest, said: “We are delighted to win this award as it reflects how far we have come and the vital role business angel investment has played in our success. Our initial funding allowed us to develop the technology that is now the fabric of our business today. But not only that, taking on external funding also changed us as an organisation; we had people who were invested in our success and that drove us to implement the organisational structures we needed to succeed and scale. We wouldn’t be where we are today without our angel investors, in particular Pat Garvey, who has played such an important role in our growth that he is now our chairman.”

John Phelan, all-island director, HBAN, said: “It is fantastic to see Phorest and its investors get recognition with this award. The company’s success reflects the enormous impact angel investment can have on a business in those vital first years. The directors not only used the investment to improve Phorest’s services, but they also took advantage of the wealth of expertise and knowledge that was at their fingertips to become a better, internationally scalable business”. “It means a lot to us at HBAN to see the work we do with our investor members and investee companies recognised internationally. Angel investment is vital to our economy and we will continue to work hard to support the start-up community on the island of Ireland by helping businesses become the kind of companies that angels want to invest in, as well as introducing them to the people who can significantly impact their future.”