A new EBAN Board was elected in June 2018 with Peter Cowley as president, starting an era focused on increasing EBAN’s voice as the representative for business angels in Europe, providing more value to members, and continuing the association’s work to raise awareness, set standards and develop the European early stage investment sector. 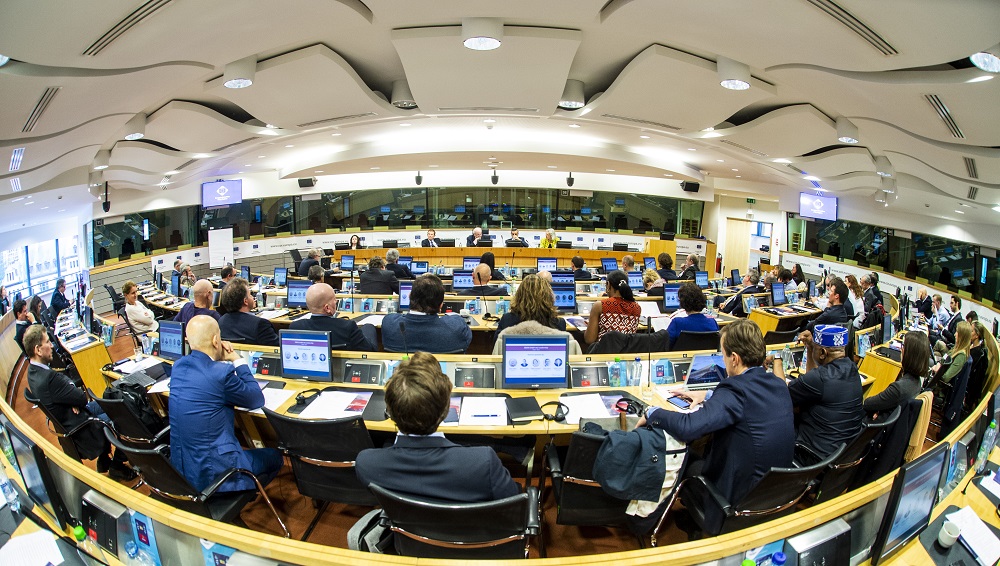 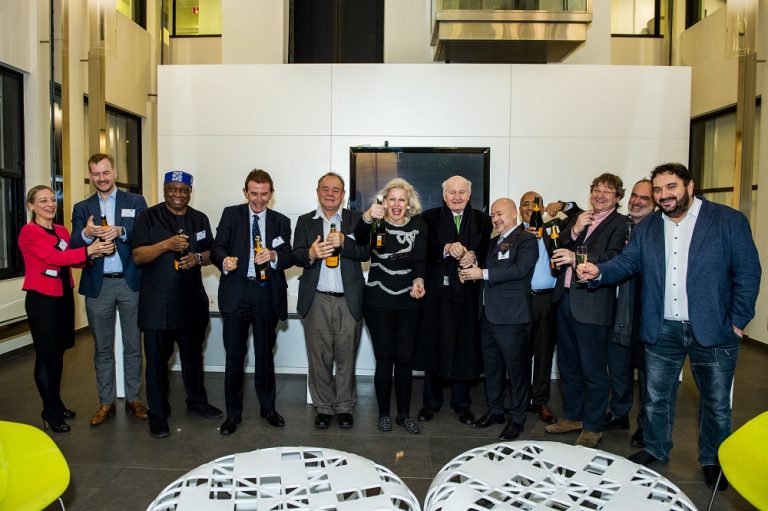 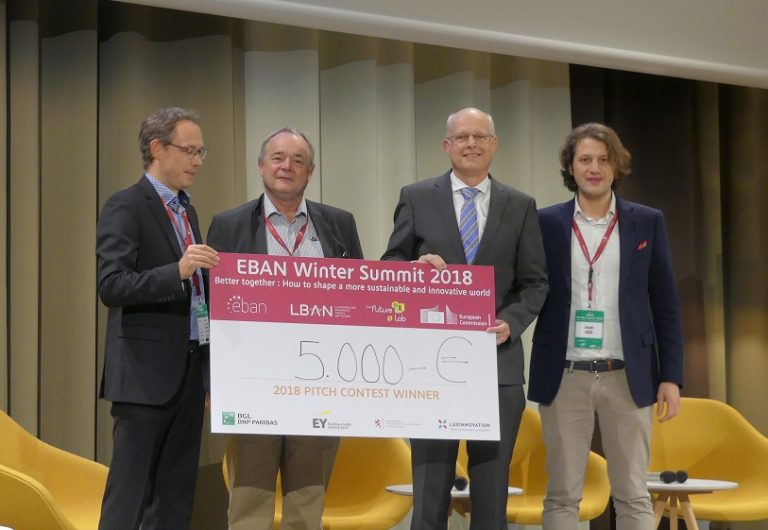 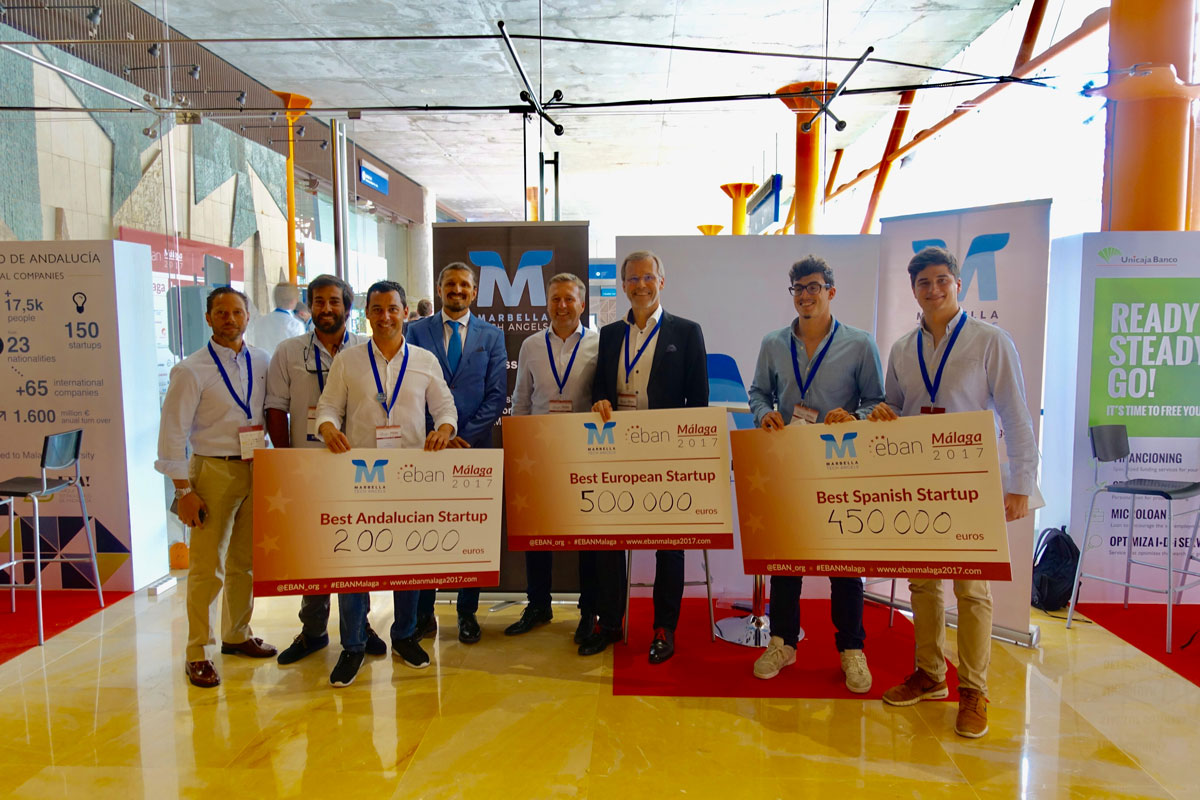 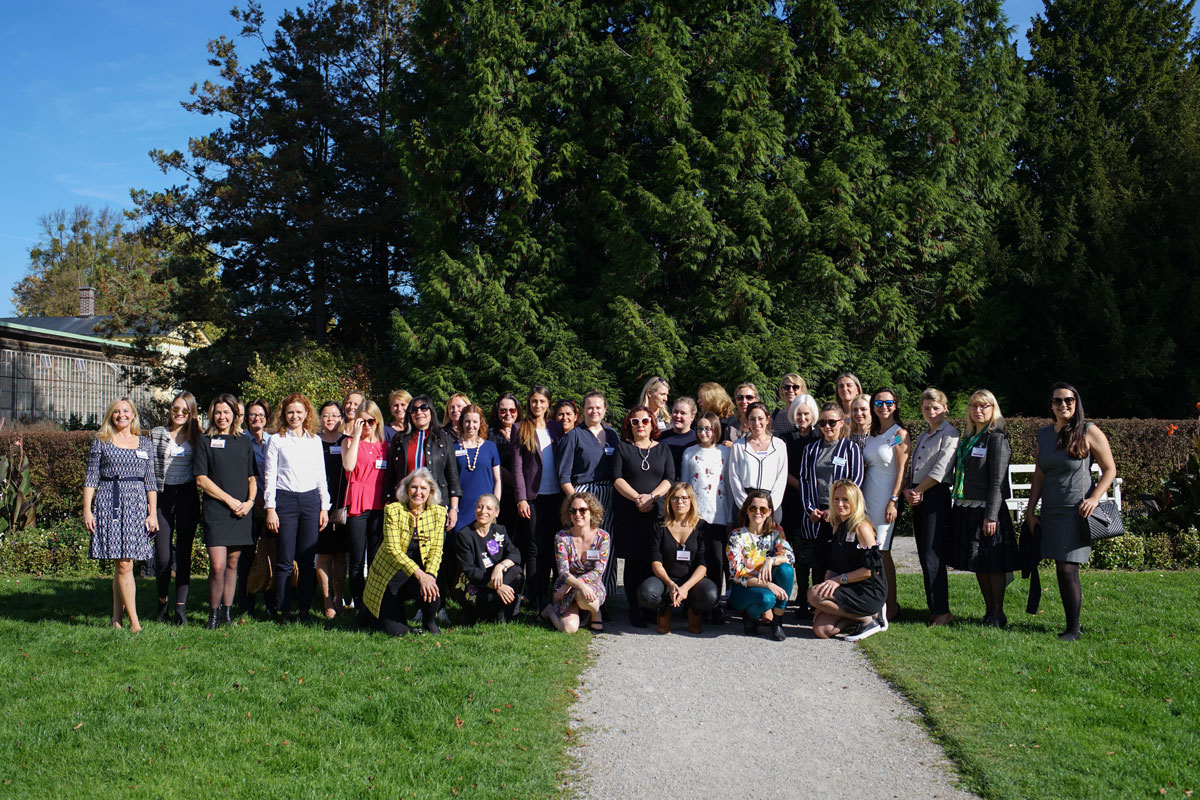 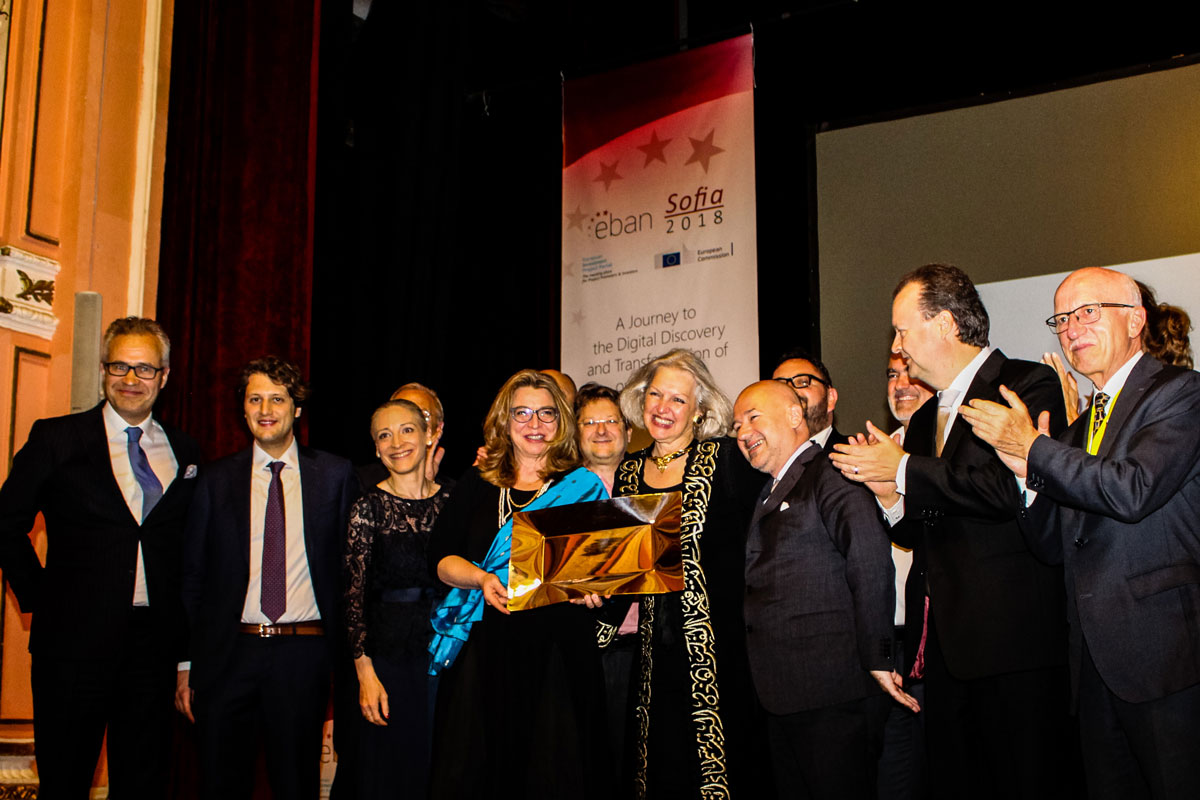 Under Candace Johnson’s presidency, the EBAN Board worked to take EBAN global with the creation of ABAN and MBAN, and to bring EBAN members closer together by launching EBAN communities, which unite investors interested in certain sectors or geographies. During this time the association also started multiple new initiatives like Rising Tide Europe, the E-Xcelerator, Scaleup of the Month, and more. EBAN also organised high-level roundtables on Making Ventures Grow together with the US Embassy and on the Digital Single Market together with the Estonian Embassy, collaborated with the European Commission to publish a report on Fostering Business Angel Activities in Support of SME Growth, and became the co-chair of the newly launched Global Business Angels Network. EBAN’s global network of partners continued to grow and include Borsa Istanbul, Global Accelerator Network, Startup Europe and Mind the Bridge, while new sponsors included Cisco Entrepreneurs in Residence, ICEX Invest in Spain, InnoEnergy, and London Stock Exchange ELITE.

Pablo Garrido took over the role of EBAN’s Director of Secretariat until 2015 and was then replaced by Jacopo Losso, who still holds the position today. The number of EBAN members surpassed 150 in 2016, with the Annual Congresses being organised in Eindhoven, Porto, Malaga and Sofia, while the Winter Universities took place in Copenhagen, Zagreb, Munich and Luxembourg. During her presidency, Candace Johnson created the President Emeritus Advisory Council, which provides counsel for EBAN’s Board and helps guide its activities.

In 2012-2014, the EBAN Board focused on developing public-private co-investment, working with governments on co-investing with angels, and implementing tax incentives, with Paulo Andrez at its helm as President. In 2013, EBAN launched Business Angels Week, which became the largest cross-border angel investment awareness campaign, while in 2014, it published the Startup Investors Manifesto in support of policies and actions to increase the early stage investment market.

The years 2012-2014 brought a new sponsorship from Gust, and more strategic partnerships with Videntifier Technologies, Bansea and Malaysian BAN, with the latter two providing EBAN with more contacts in Asia. This period also coincided with further enlargement of EBAN membership to include a broader scope of early stage investors such as electronic funding platforms and government-backed investment funds. EBAN held Annual Congresses in Vienna and Dublin, and Winter Universities in Moscow and Helsinki.
Continuing its involvement with research, EBAN published the Raising Business Angel Investment and Investing in Private Companies – Insights for Business Angel Investors reports in 2013-2014 together with its Irish member HBAN. 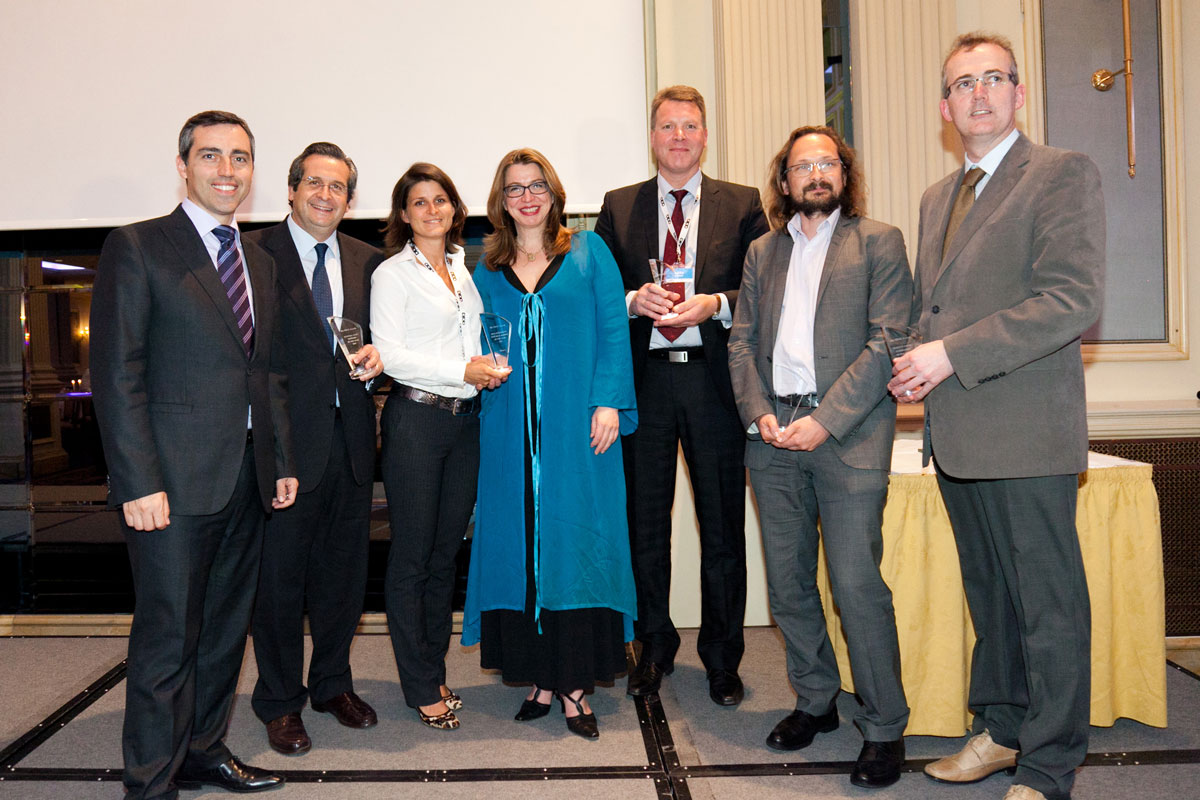 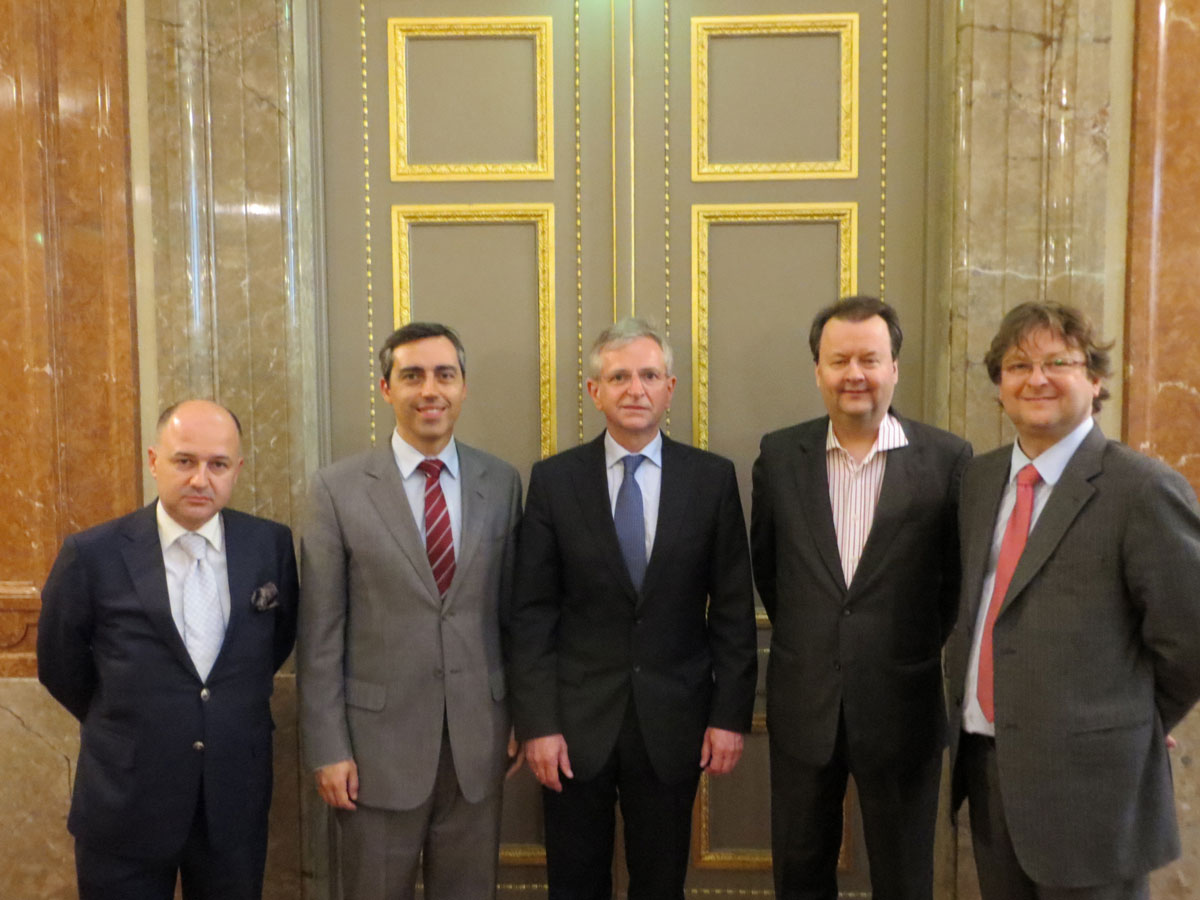 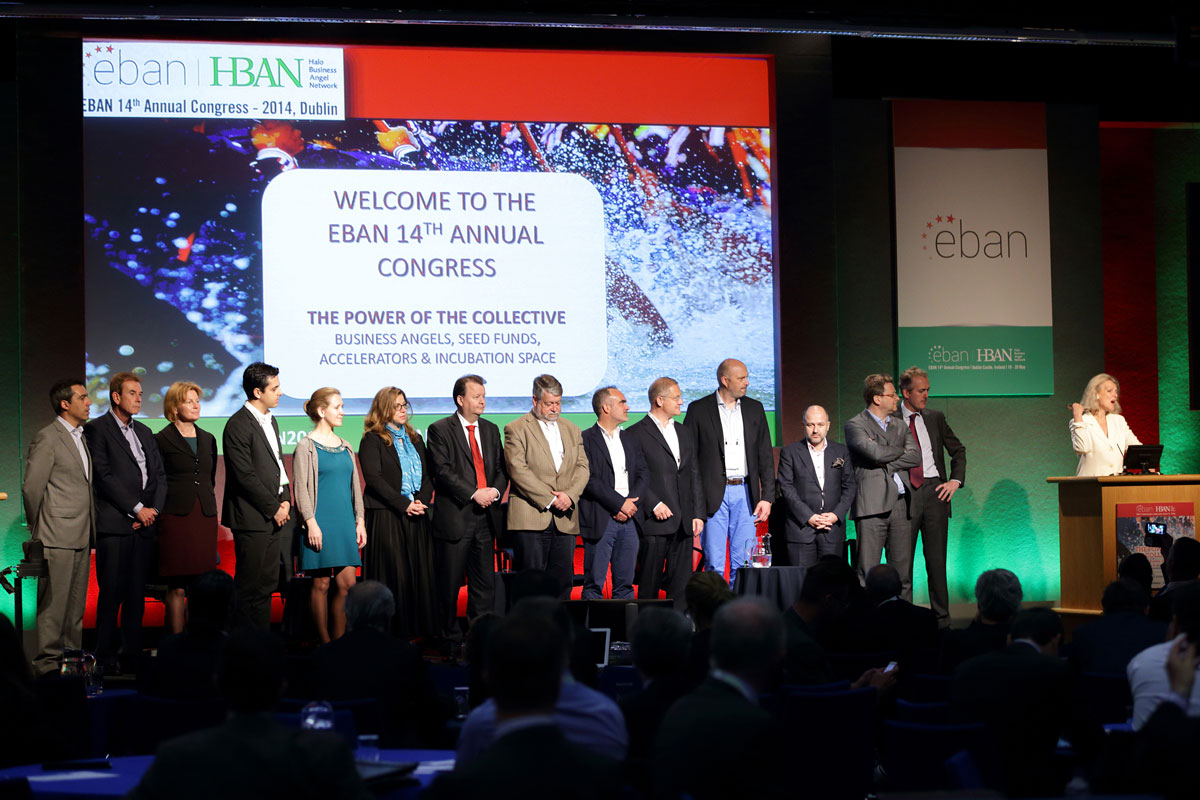 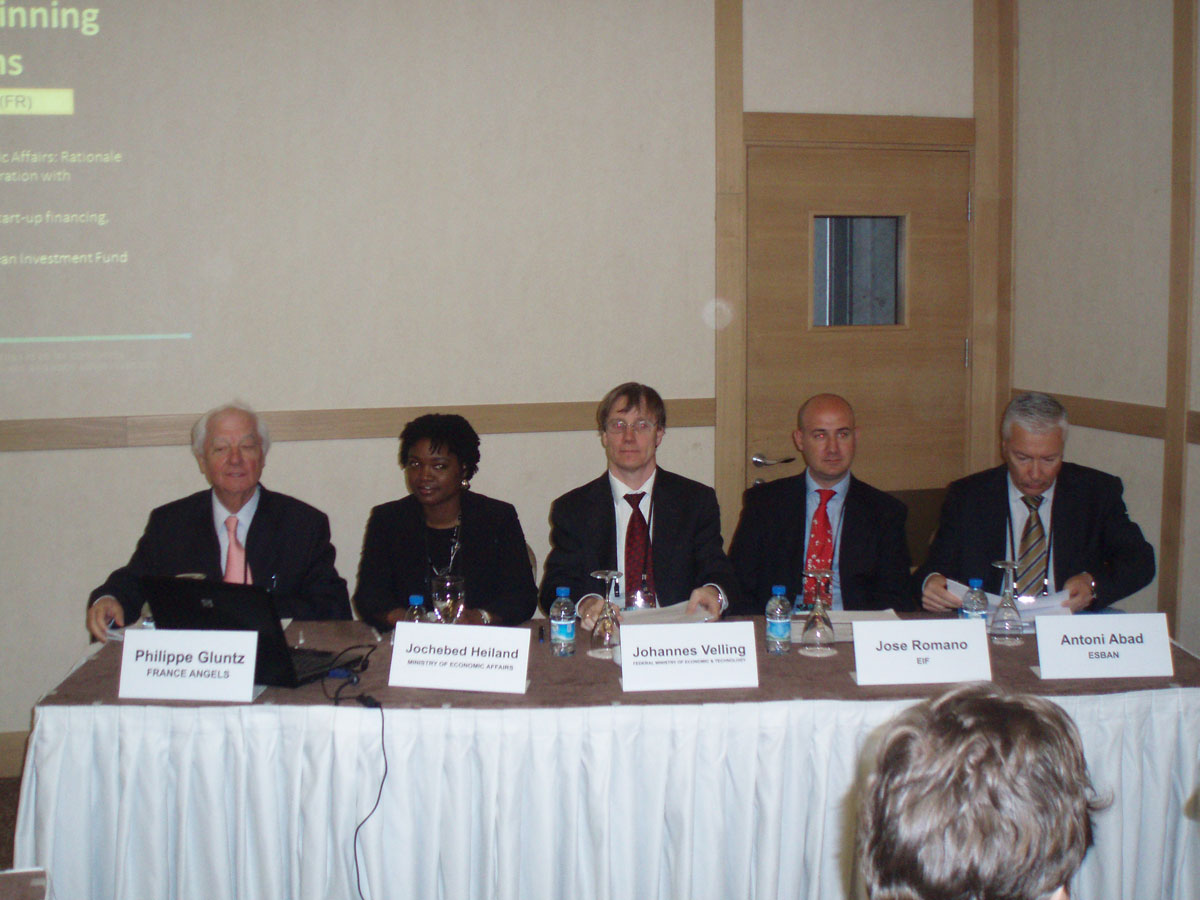 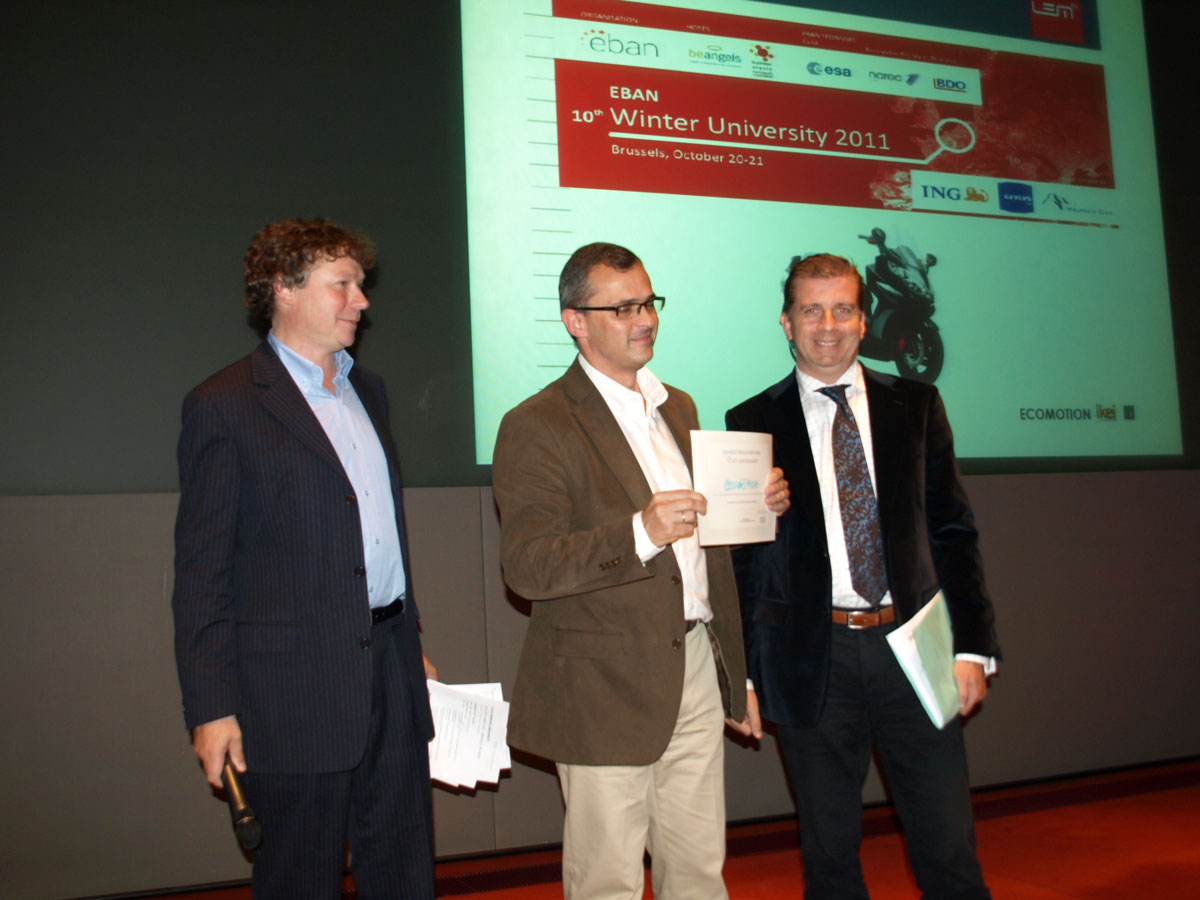 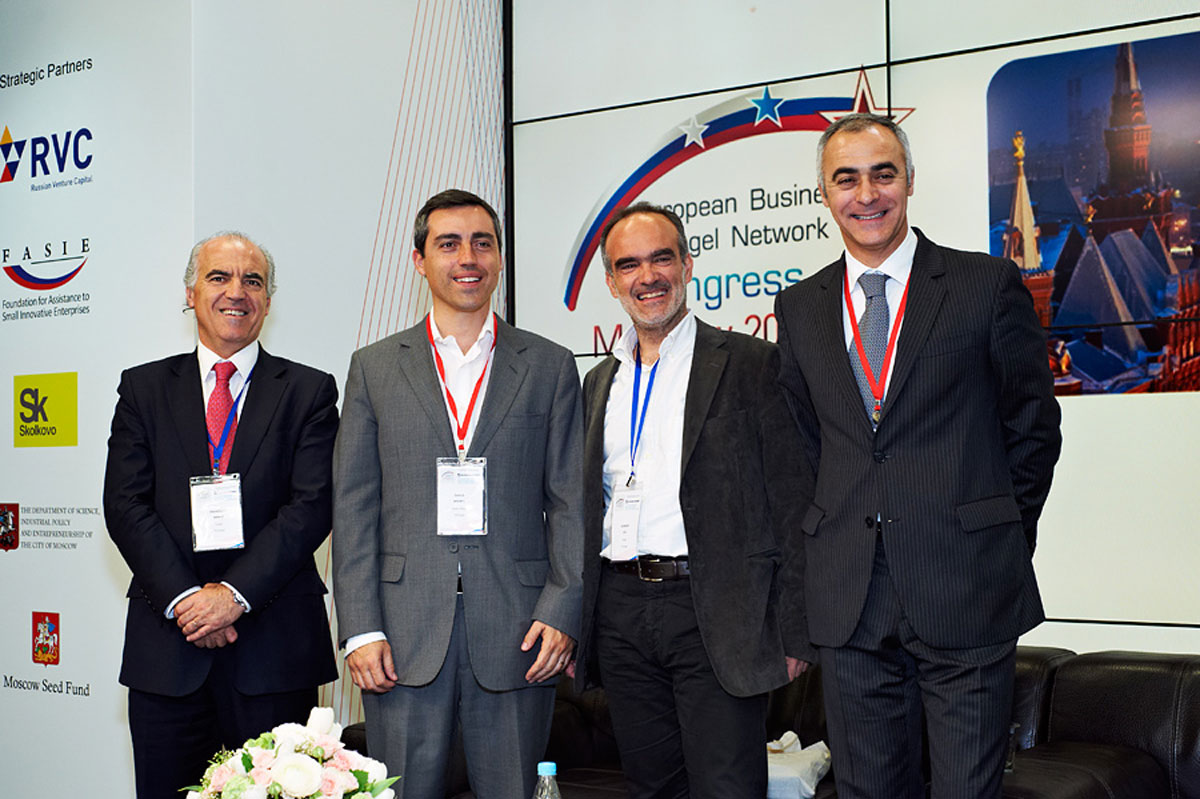 The years 2009-2012 focused on educating and building the European angel market, with Brigitte Baumann leading EBAN and its Board. During this period, EBAN published white papers on early stage investing, women investors, and impact investing, further underlining the association’s strong focus on getting more women to be part of the angel investing ecosystem, as well as supporting social entrepreneurship. EBAN also continued its work with governments and specifically the EU to help build a strong European ecosystem. In 2011, the EBAN Institute was launched, consolidating EBAN’s training offer for business angels, entrepreneurs and BAN managers. The EBAN Board also decided to add a new full member category for accelerators, further extending its community and reaching a milestone of 100 members. In 2011, Luis Galveias replaced Claire Munck as the head of the EBAN Secretariat.
The EBAN Annual Congresses took place in Istanbul, Warsaw, and Moscow, and the Winter Universities – in Sophia Antipolis, Brussels, and Istanbul. During this time, EBAN launched a new annual publication – the Compendium of Co-Investment and Early Stage Funds in Europe, contributed to the European Consultation: A New Regime for European Venture Capital, and started a research partnership with Bureau van Dijk database to capture investment activity in Europe. EBAN also continued expanding its network of partners by signing agreements with, National Angel Capital Organization in Canada and ANIMA Investment Network, as well as gaining new sponsors with the European Space Agency and NAREC Capital.

2004 brought with it a new Board under the presidency of Anthony Clarke, taking EBAN through its “scaleup years”, bringing in more revenues and expanding membership to early stage venture capital funds in an effort to represent all actors involved in bridging the equity gap in Europe. As part of the push to scale up, EBAN signed new sponsorships with Microsoft BizSpark, PERA Group, Fortis Venturing, GLE and AngelSoft. One of the association’s major annual publications – the Statistics Compendium – was introduced in 2004, with the EBAN Fiscal Incentives Compendium following in 2005. EBAN also published a white paper as a contribution to the drafting of the Competitiveness and Innovation Programme (CIP) in 2005. During these years, the EBAN Secretariat – headed up by Claire Munck – became independent from EURADA.

In 2006, the EBAN Gala Awards dinner was introduced at the Prague Annual Congress, with EBAN reaching a milestone of 50 members in the same year. Other Annual Congresses took place in Paris, Estoril, Arnhem, and Madrid, with Winter Universities taking place in Brussels, Geneva, Luxembourg and Stockholm.

Between 2004-2009 EBAN started new partnerships with EUREKA, the Innovation Relay Center Secretariat, EVCA, INSME, and EFMD, as well as signing Memorandums of Understanding with the Angel Capital Association in the US, Angels Association New Zealand and Australian Association of Angel Investors, thus extending its global reach.

Based on discussions with EBAN, the European Investment Fund issued an instrument enabling their participation in angel-supported co-investment funds in 2007, a major development for the European angel investment ecosystem. 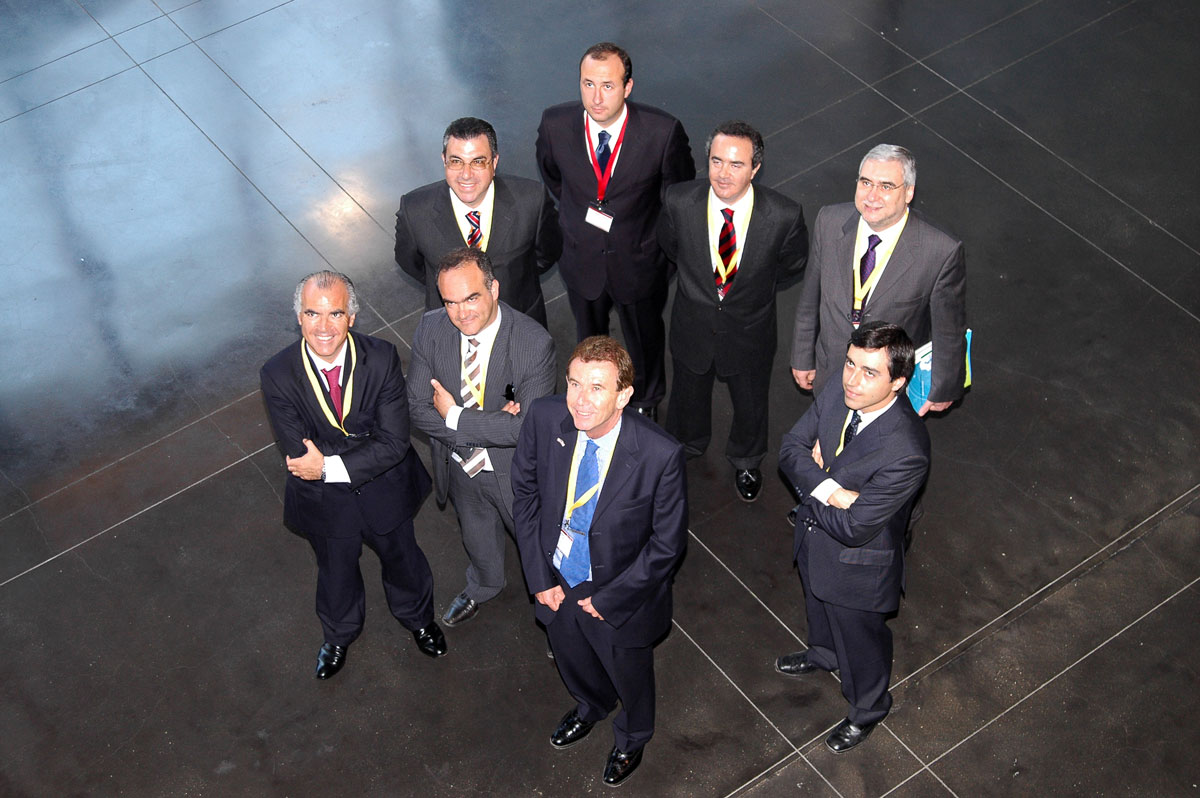 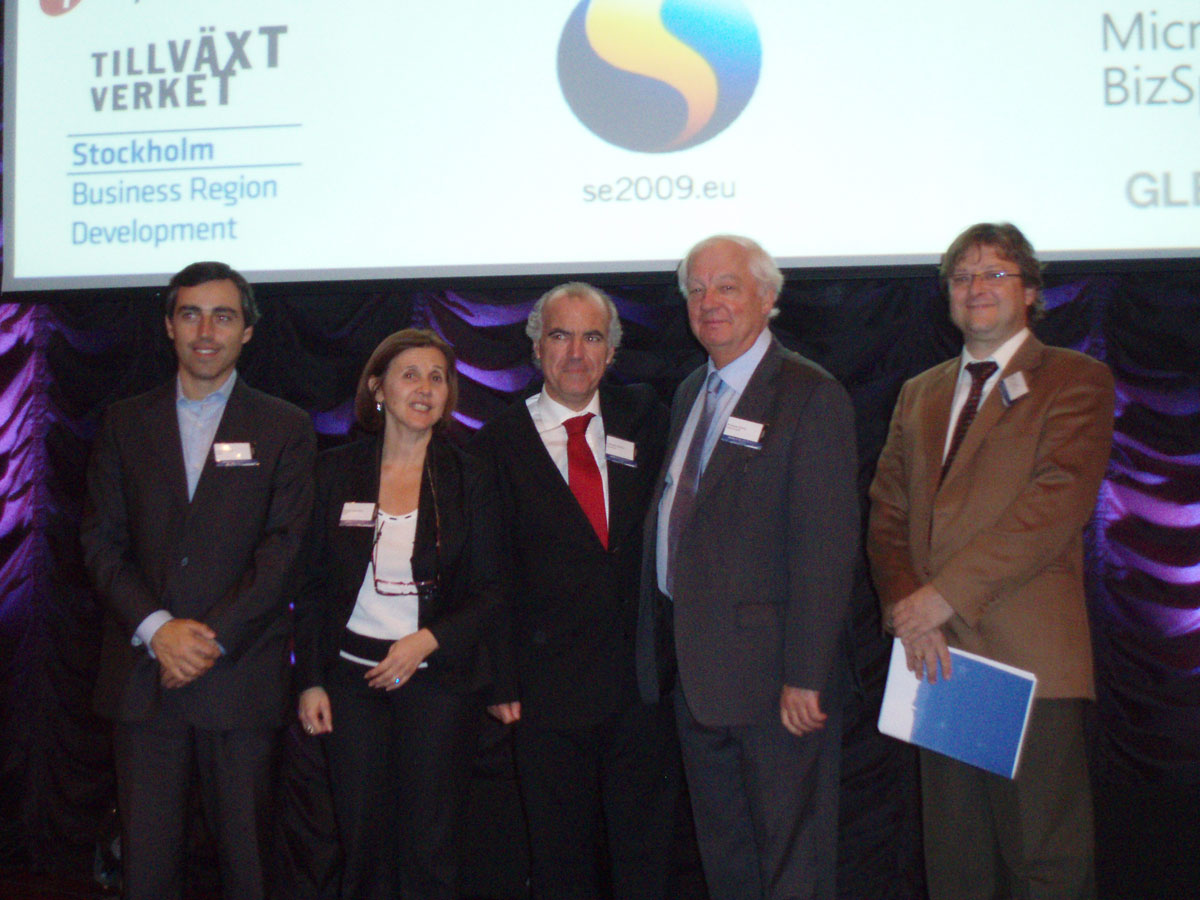 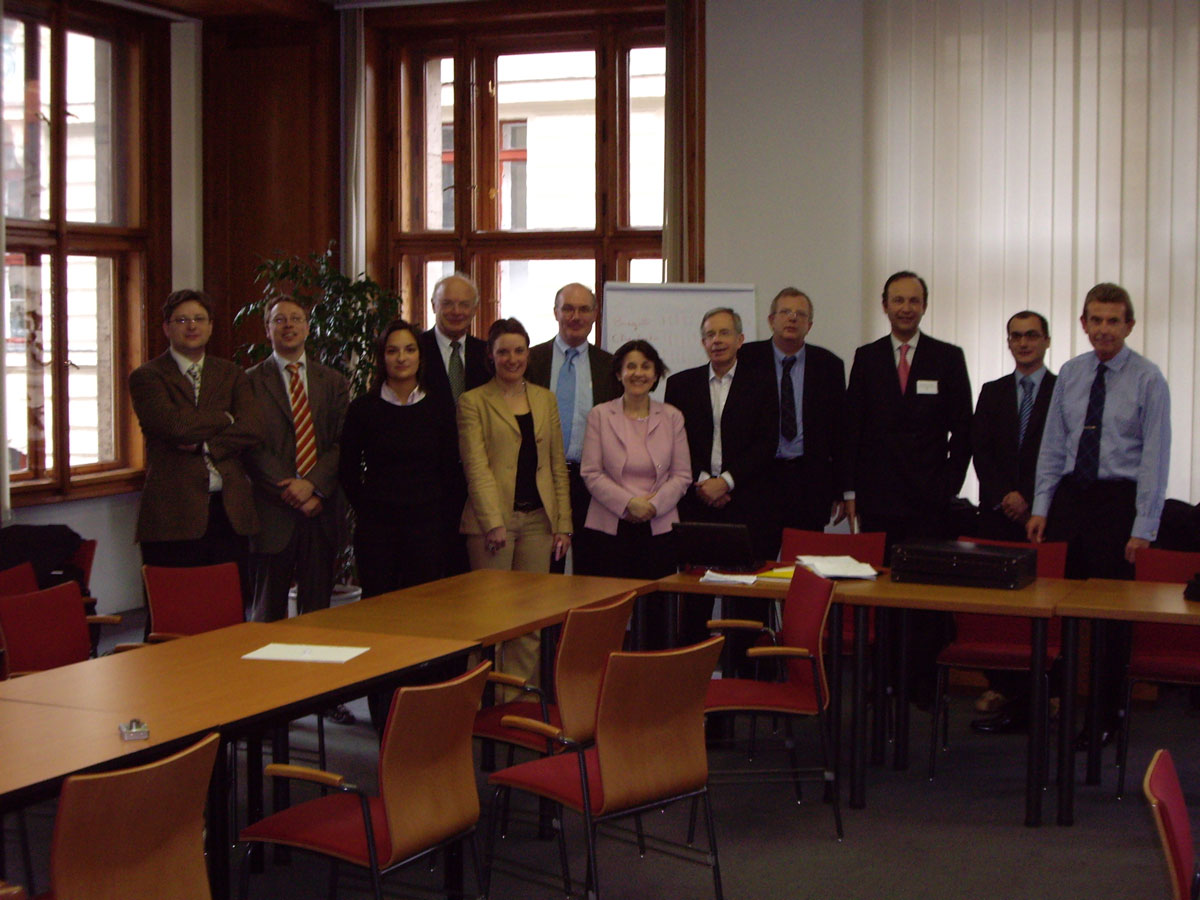 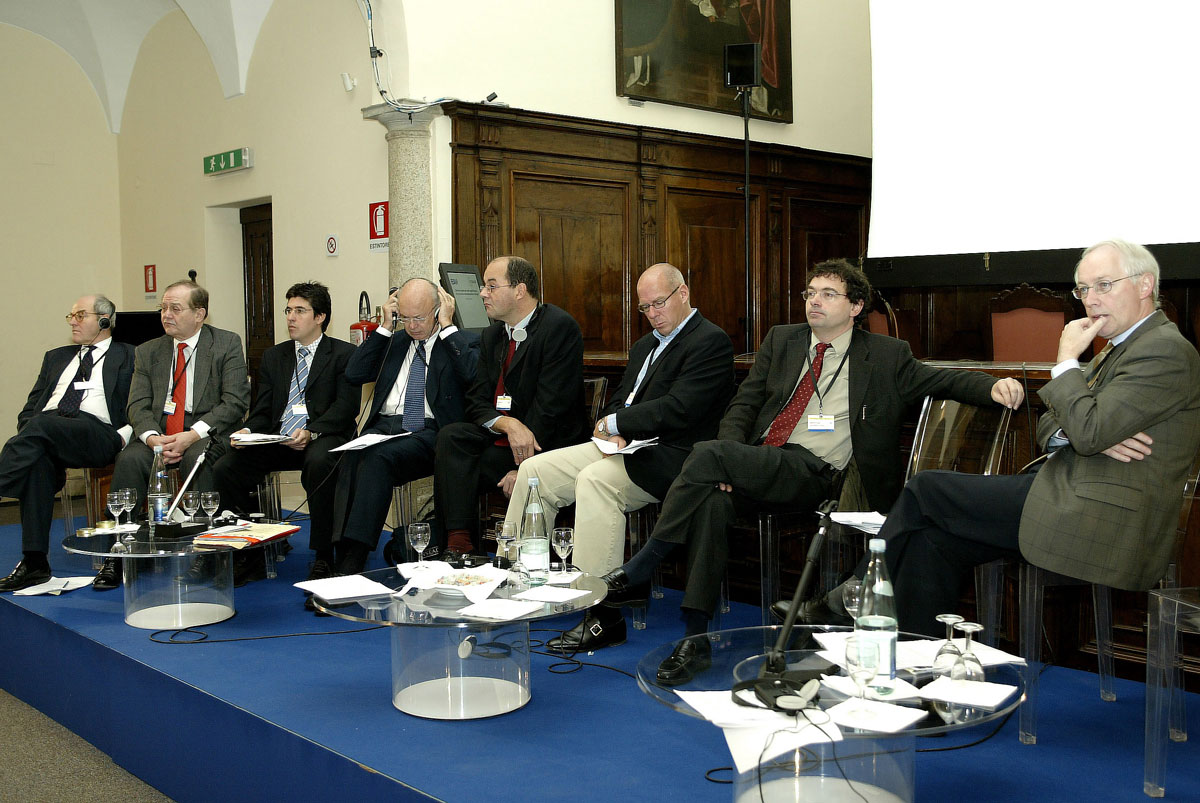 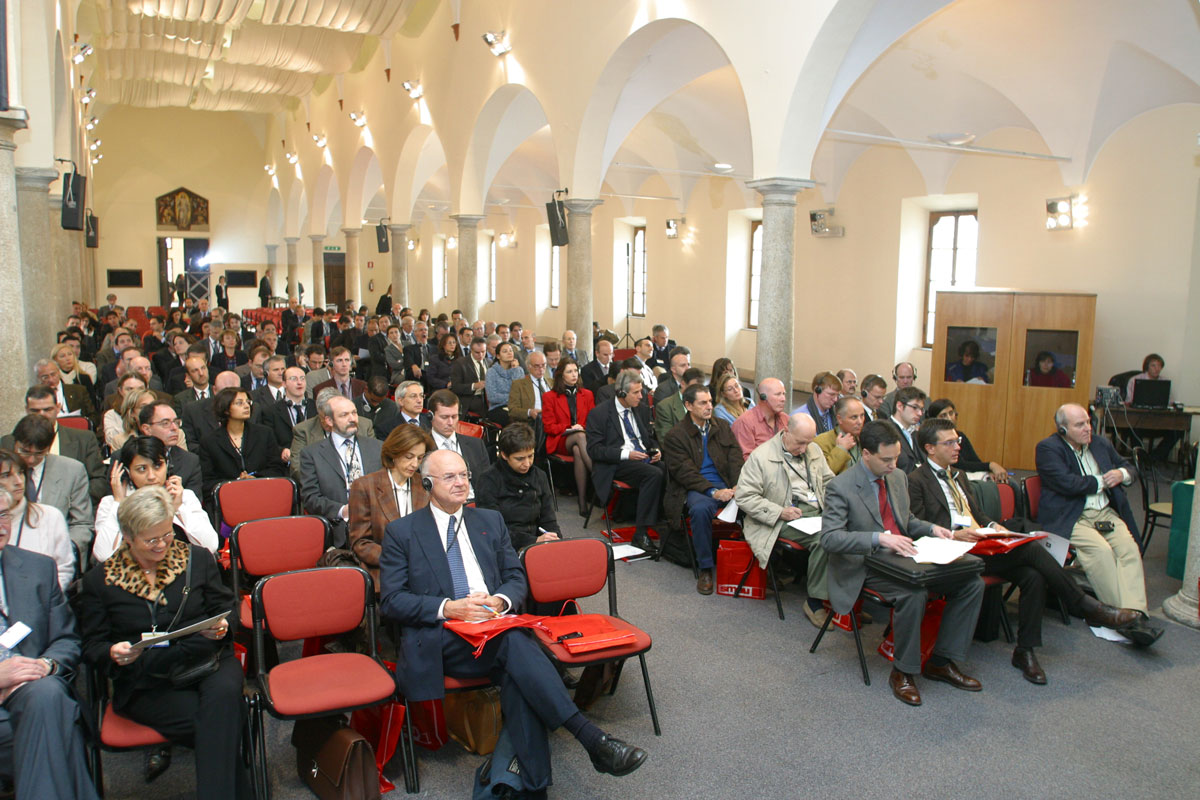 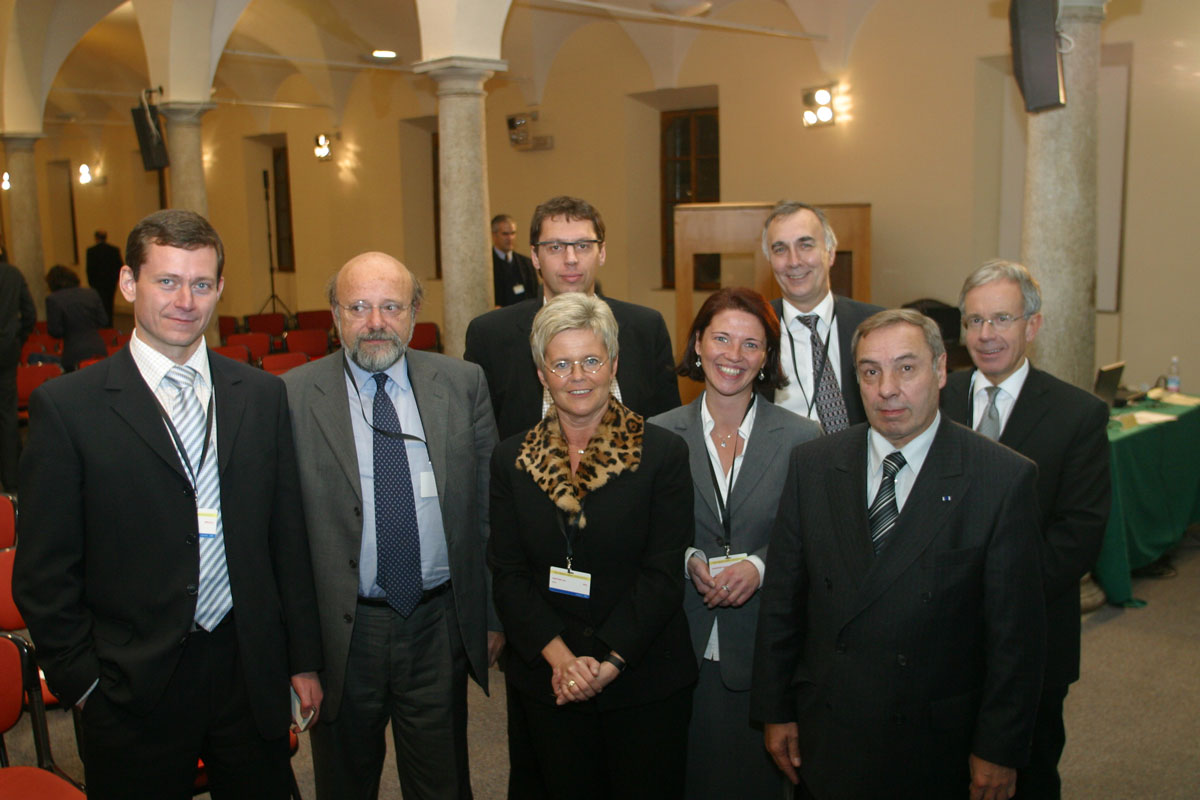 In 2001 EBAN elected its first President – Peter Jungen – and a new Board, with the years that followed being characterised as the dawn of angel investing in Europe. The main goal of EBAN’s Board during this time was to raise awareness and create connections with angel investing ecosystems across the world. It was important to establish angel investing as a vital part of financing innovation and the new entrepreneurial culture. During these years, the EBAN Secretariat was formed – initially supported by EURADA, EBAN was established as a non-for-profit association in Brussels and the Business Angel Toolkit was created with practical documents and guidebooks for both investors and network managers. EBAN also joined its first EU Commission-funded projects and started discussions with the European Investment Fund to support angel investing with dedicated instruments, which would come to bear fruit in later years. In the years 2002-2004, EBAN continued hosting its Annual Congresses in different European cities – Dusseldorf, Milan and La Valetta, as well as launching the first edition of the EBAN Winter University in Barcelona in 2002, followed by Edinburgh, and La Valetta again.

Business Angel is not a widely used term today, but 20 years ago it was even more of a mystery, with virtually no angel market in Europe outside of the UK. With the goal to close the financing gap between the so-called “Friends, Family and Fools” and Venture Capital, the European Commission launched a call for proposals in April 1998 headed up by Rudy Aernoudt, who would go on to become one of the founders of EBAN. It was this call, based on a 1997 feasibility study by John Berry – the first acting chairman of EBAN, that would lead to the creation of the pan-European association for business angels. EURADA – the European Association of Development Agencies – won the call and proceeded to set up a formal structure – the European Business Angels Network – in 1999. The next three years – the period over which the European Commission financed the EBAN initiative – saw 15 seminars organised, often together with local subcontractors who would then go on to set up Business Angels Networks in their countries. BANs started popping up in Italy, France, and Spain, with other countries soon to follow.
The first EBAN Annual Congress was organised in Brussels in 2000, followed by Rotterdam in 2001. 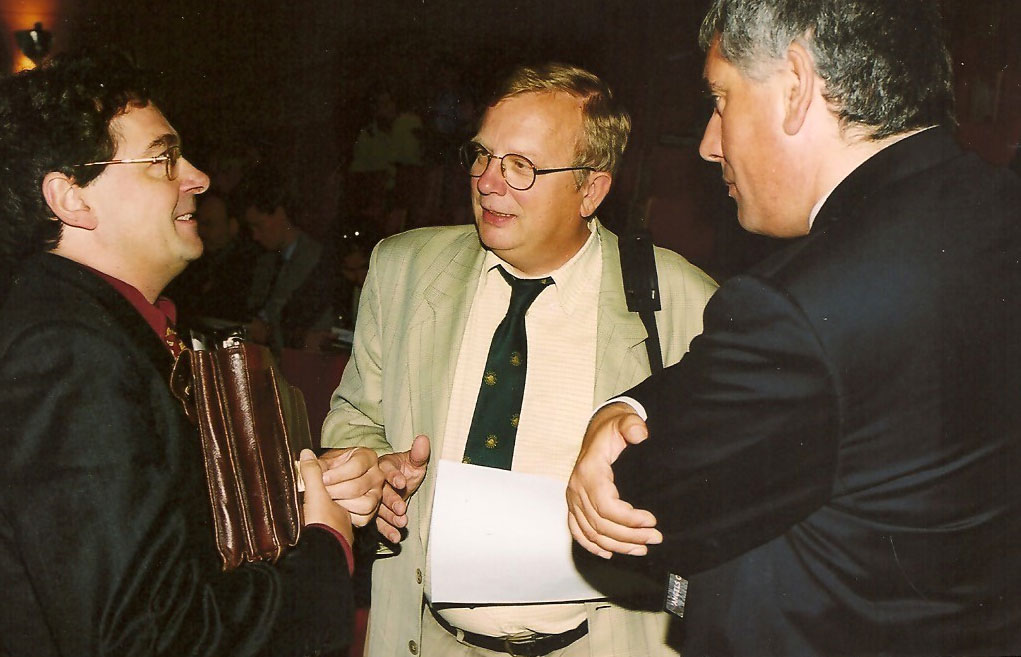 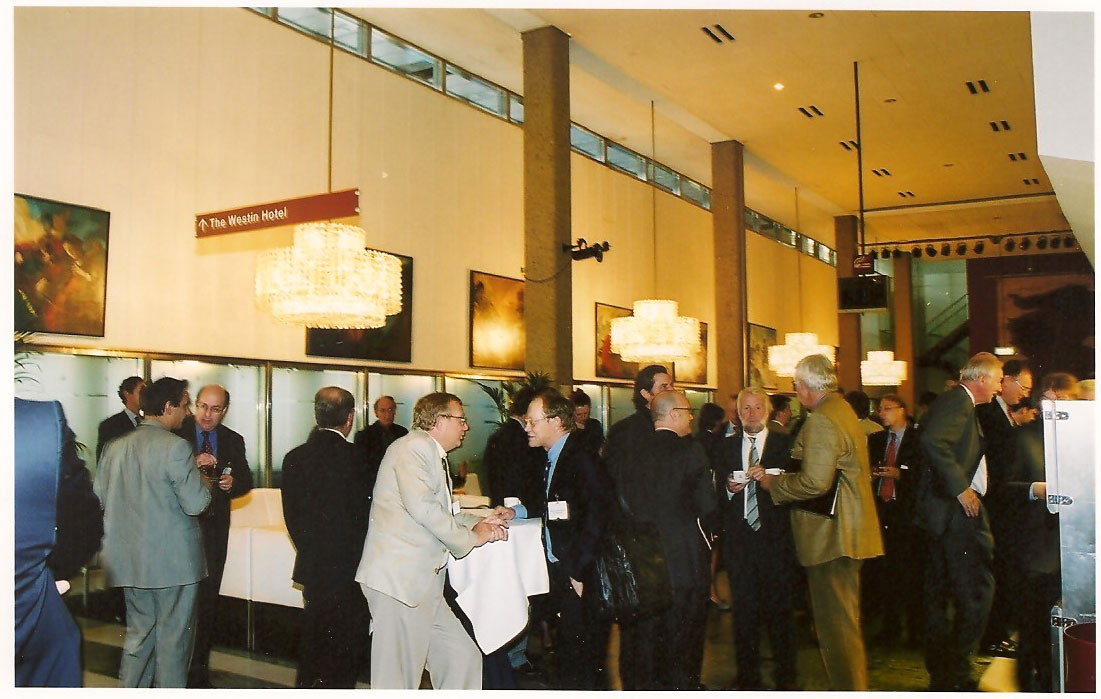 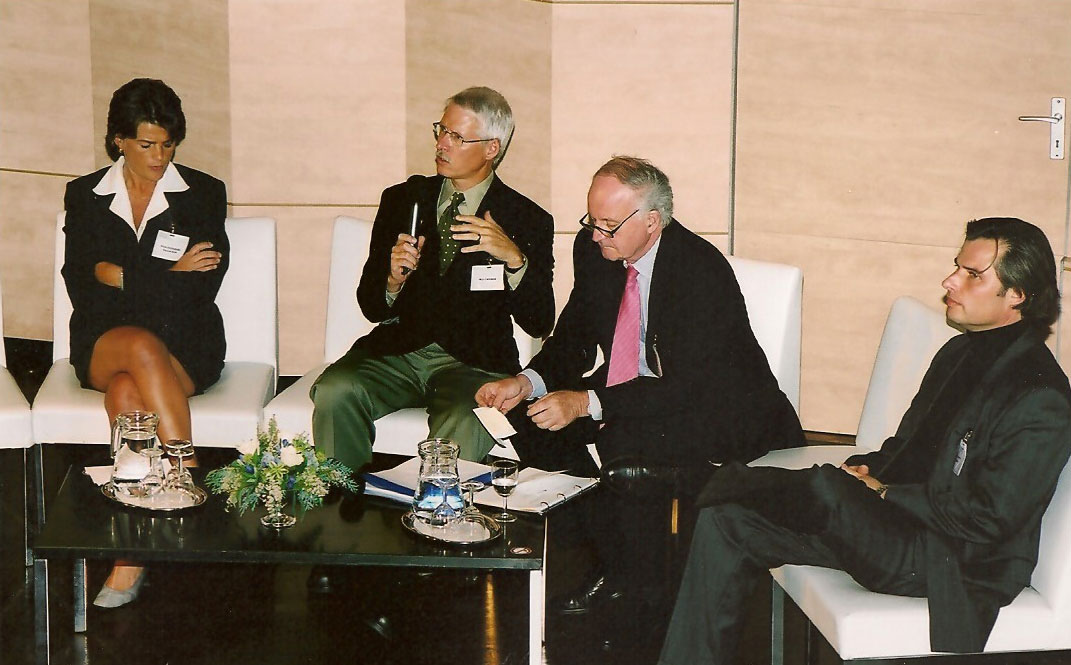 FIND OUT MORE ABOUT EBAN ACTIVITIES