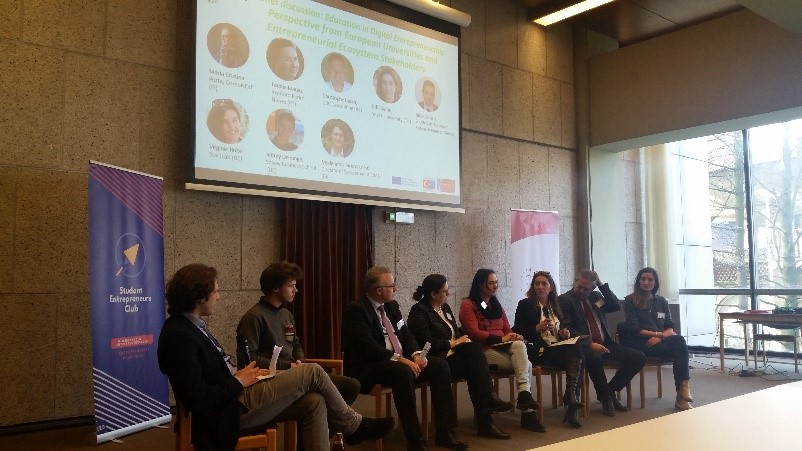 On 12th February 2019 in Brussels, partners of the iStart project as well as many outside guests, university students and other stakeholders got together for the 7th and final iStart Multiplier Event at the Université libre de Bruxelles (ULB) premises to look back on the 30 months of the project, which is coming to a close at the end of February 2019.
The event was an occasion to present and celebrate the achievements of the iStart project, which was created to develop a curriculum for universities and other academic institutions to teach Digital Entrepreneurship Practice in a more market/startup oriented way.
Over the course of the day, the partners and  guest speakers discussed the importance of entrepreneurship education in university settings, the impact of the  project on the way they approach the topic, and the importance of sustaining their achievements, notably the Virtual Learning Environment (VLE) platform created through the curricula developed during the 4 Digital Entrepreneurship Practice (DEP) Start-up Academies (June 2017 in Thessaloniki, Greece; November 2017 in Coimbra, Portugal; May 2018 in Lomazzo, Italy; and September 2018 in Izmir, Turkey), organized within the scope of the project. 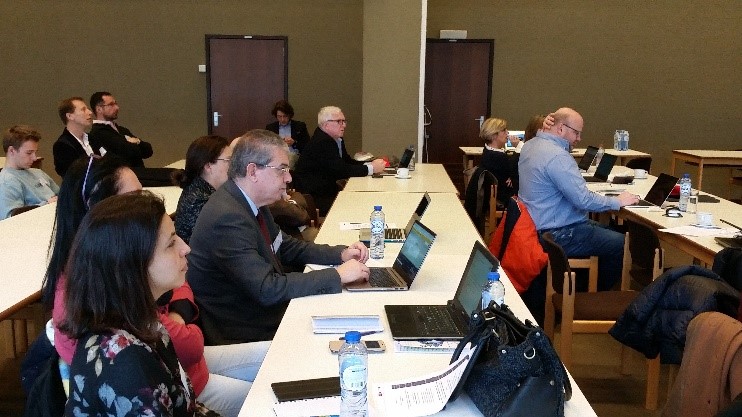 The event included presentations from iStart partners Dimitris Bibikas of the South-East Research Centre (Greece), Effi Staiou of Yasar University (Turkey), Fátima Matias of Instituto Pedro Nunes (Portugal), Maria Cristina Porta  from ComoNeXT (Italy) on the context and approach of the iStart project as well as the results of the 4 Academies. This was followed by an online conference session during which mentors and students who participated in the past Academies shared their experiences and feedback.
The second part of the day included a panel discussion on Digital Entrepreneurship Education with additional participation from Nikos Zaharis of the SEERC as well as guest speakers Christophe Bodin, an angel investor and director of CBO Consulting, Virginie Robe from Start.Lab, a Brussels incubator for students and recent graduates, as well as Jeffrey Delronge, a Solvay Business School student and beneficiary of StartLab. The session was moderated by Jacopo Losso, director of secretariat of EBAN.
The participants, notably students from ULB, then had a chance to test the VLE platform and share their feedback in real time in the room. The conclusion of the event came with a Keynote Speech entitled “Entrepreneurship, A Way of Life” given by Rudy Aernoudt, Chief Economist at the European Commission. The sessions were followed by a networking reception.
The 7th and final multiplier event of the iStart project was organized by EBAN in partnership with the Student Entrepreneurs Club of the Solvay Business School. 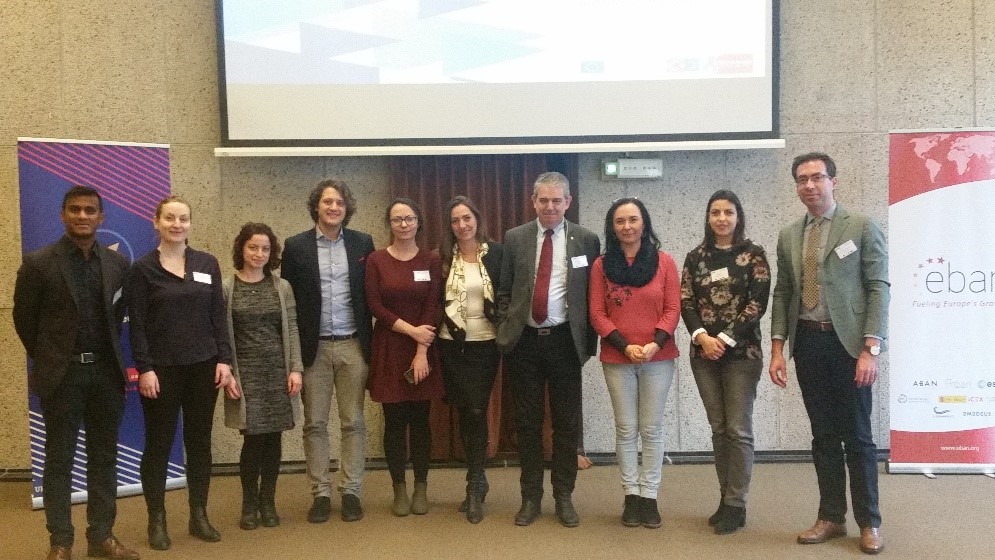