HomeNewsNewsLuxembourg Showcasing the Potential of its Social Impact Stories

Luxembourg Showcasing the Potential of its Social Impact Stories 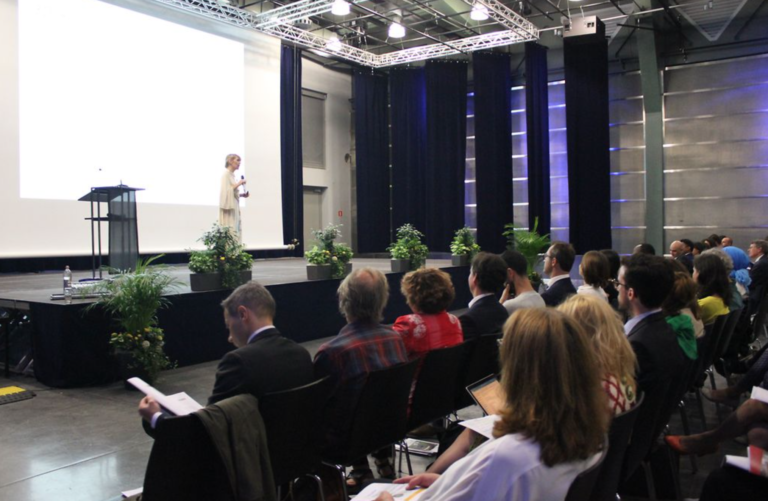 This article was first published at Luxemburger Wort.

Luxembourg has become a growing hub for social business and on Tuesday night at the Tramsschapp it was all about showcasing the diversity and potential of impact initiatives available in the Grand Duchy.

The event was hosted by the Luxembourg Microfinance and Development Fund (LMDF) in partnership with the Ville de Luxembourg and saw 11 organisations taking the stage to pitch their stories in no more than five minutes.

“We hope – by showcasing the work of these organisations – that more companies and individuals will be encouraged to develop initiatives to promote positive change, event organisers said in a press release.

Addressing societal challenges in Luxembourg and beyond

Moderating the pitching event,  business angel Hedda Pahlson-Moller talked about the need to celebrate Luxembourg’s impact ecosystem “to inspire more people, to create more projects and be change-makers in Luxembourg”.

“Impact investing is for everybody” she said. “Every penny we spend can drive value in that direction”.

As a business angel focusing on social investing, Pahlson-Moller tries to find companies that have a growth potential, but also have a social and environmental impact.

“It took me 15 years to find out what is true value for me as an investor”. She also argued that “poverty and inequality can be tackled”.

Ouni — Luxembourg’s first packaging-free grocery — was the first to take the stage and plea for its cause.  Co-founder Vanessa Paul advocated for people’s transition towards a more ecological life and consumption and invited everyone to act for “a better future.”

Once the pitching was over, the expert panel consisting of  Romain Poulles from Luxembourg’s EcoInnovation Cluster, Kenneth Hay from LMDF and Larissa Best from Equilibre shared their thoughts on Luxembourg’s catalysts for change.

“The foundation is there, we now need to stimulate more business,” said Romain Poulles, while Larissa Best asked the audience about “what else can be done to bring more change”.

Kenneth Hay also praised all presenters for their “amazing passion” and said that “if you can state in one sentence the problem you are trying to solve, then you will certainly find the solution.”

“Money is important, think about how to generate money and then you can really make a social impact”, concluded Hay.

The event on Tuesday night was born as an initiative of the Luxembourg Microfinance and Development Fund — financed to date more than 40,000 micro-entrepreneurs in 21 countries — and aimed at bringing companies together to create valuable social impact.

“Innovative partnerships and diversity are at the heart of our fund. As one of the earlier players on Luxembourg’s impact scene, we now want to share our experiences with other players and learn more about other successful partnerships promoting social change,” said Kaspar Wansleben in a press release.