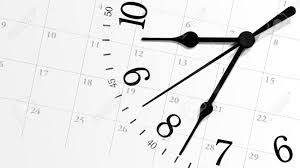 The article was republished with permission from The Invested Investor.
——
As an angel looking to invest, what are the timing considerations?
We all know that the successful start-up to exit journey is most dependent on the founders but that there are many additional important factors such as sufficient capital, successful technology, competition and an element of luck.

Within that last category, in my view, is timing. This blog illustrates the importance of timing, and how difficult, almost impossible, it is to control hence why I class it as ‘luck’.
Ignoring early exits, it generally takes 8 to 12 years to build a technology product from foundation to a $100M+ exit within Europe.

Let’s cover those early exits first, Magic Pony a machine learning company using neural networks to improve images is a well-known London example. According to the UK Companies House, Magic Pony was founded in December 2014, raised funding in summer 2015, further funding in April 2016 and sold to Twitter in June 2016 for a reported $150M.

That exit was clearly not based on a sales or profit multiple, nor a large team, nor (according to patents.google.com) any granted patents at the date of exit.  One can conclude that it was a strategic purchase by Twitter and that for Twitter it was the right time to pay, by UK standards, a significant amount of money for the team and IP.

Could investors have foreseen that exit when the company was formed? Or at the first funding round? Or even at the second round just a few weeks before exit?

But Magic Pony is an exception and, although they clearly have true disruptive technology, it takes time to develop, potentially needs the market to be educated, needs a route to market to be developed, needs customers to buy (possibly with a long enterprise cycles), and takes time to build a great team of employees.

And on top of that, it is very common for a start-up to pivot, which for most is a partial restart of the ticking clock.
Let’s run through a few things that are timing dependent.

The convergence of technology capabilities
As a geeky teenager, Clarke/Kubrick’s “2001 A Space Odyssey” fascinated me and, with hindsight, we see Clarke’s prescience.  Not many entrepreneurs are futurologists, but realising that the convergence of IoT communications with novel sensor technology and a new pricing model can lead to a novel service is very important.
Market education
A difficult one! Disruption needs value chains and end customers to be educated and angels don’t generally like nor have deep enough pockets to do that, so that second or third entry to a new market may be the winner. And consumers are fickle – think of early entrants such as Friends Reunited, AltaVista, ICQ, and Myspace.
Funding cycles
We are currently in a strong market for early-stage funding in the UK with perhaps an over-supply of cash, but it is clear that some later stage start-ups are now raising a war chest for when equity cash starts drying up. With valuations at, one presumes, an all-time high, some angels are waiting patiently for the cycle to turn and bargains (as in great teams with great tech, but dwindling cash) to appear.
Economic cycles
Of course, it is not just funding availability that is cyclic, it is also customer spending whether business, consumer or government.  I am old enough to have experienced four recessions, although I was at university during the mid-70s, and living in Germany during the early 80s.  My company Camdata went bust during the early 90s – we were too dependent on capital expenditure, which dried up in those times of 15% interest rates and 10% unemployment.
Regulation
Foreseeing a change in regulation is beneficial. An example I quote is ‘use by’ dates on eggs and the resulting growth of industrial inkjet printing.  Within my portfolio, I have Plumis, which has installed over 10,000 fire suppression systems in homes, where sprinklers or physical barriers are inappropriate. The regulations have been a veritable minefield over the decade since the company was formed, but Wales recently mandated fire suppression in new build homes and that may spread.
Lessons?
So, how can an investor attempt to forecast the timing of the multiple factors that lead to a success or a failure?
In principle, one cannot but we can research and then strongly mitigate that risk by backing great founding teams who will listen, plan and if necessary, pivot.  And having a reasonable sized diversified portfolio is essential.