HomeNewsNewsCalling it Quits, from an Entrepreneur and Investor Perspective

Calling it Quits, from an Entrepreneur and Investor Perspective 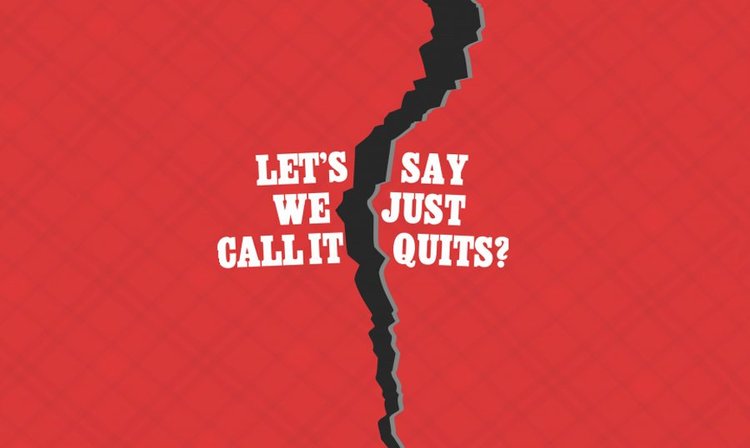 The article was republished with permission from The Invested Investor.
——
From experience, even on a successful exit, founders find it tough – not just the stress of the process but what to do afterwards – having a boss for the first time in years or leaving immediately or soon into unemployment (albeit with some cash).
However, this blog is about when a company shuts due to failure.  Let’s start with some objective analysis, before addressing the emotional aspects of a closure.
Of my 81 start-up journeys (14 where I have been sole founder or co-founder and 67 as an investor), 26 have closed for one reason or another, 5 of which gave a positive return to funders.
Shut by founders: 16, of which 7 had external equity investors, of which 5 gave positive returns
Shut by funders: 8
Shut by bank: 2
Shut by funders: Those closed by funders are generally a much bigger proportion than the circa 30% in my stats so far.  When external investors are involved studies show the proportion to be over 75%. This occurs when the company has not reached break-even and thus is relying on external equity to survive.  If the investors have lost faith in the founders and the founders cannot find new investors then the company must shrink down to break-even, or close.  Hopefully solvently with no money owed to trade creditors, such as employees and the taxman.
Shut by founders: Closed down with no return to shareholders – 11 of the sample above.  The reason is usually that the market has not developed as expected or one or more of the founders has decided they do not want to continue. This could be for personal reasons (e.g. moving to a new country/continent, retiring) or the opportunity cost has become too high (i.e. the company has plateaued or is shrinking).
Shut by the bank: In the last decade, early-stage companies have rarely been able to access debt from banks.  My two companies that have been closed by the bank were founded in the 1980s, when banks had a different philosophy to lending.  Venture debt is sometimes available for later stage start-ups – this is from specialist suppliers, where the interest rate is high to reflect the risk, and the debt provider usually has an equity-warranty based bonus on successful exit.
Money lost by creditors: 5
In my book, I describe how a failing company should try and avoid trade creditors losing money as this is bad practice and will affect the founders’ ability to raise funding for a new venture.  Note that the shareholders will almost always lose their investment.  Five of the failures were insolvent and hence 21 closed, or were sold, with no loss to trade creditors.
Now let’s look at the very different outcomes for investors and the entrepreneurs.
For the funders who ideally will have a portfolio of investments, my view is that once payment is made the money should be considered lost and any return is positive, even if a fraction of the original investment.  Of course, if one can help the company one should – with advice and more money.  I have written before about not regretting the investment – an investor should learn from the loss and move on.  Of course, the UK’s generous tax reliefs do ameliorate the situation.
For the founders the situation is completely different.  Their dream has been smashed, they may feel they have wasted several years of their life (although they will have a learnt a lot), they have probably lost money – a lower salary for several years, maybe losing some directors’ loans, maybe they haven’t been paid for a few weeks or months. They will have suffered serious stress, they may have had to make employees redundant and certainly will have to do at the end.  They will be questioning their abilities and self-confidence.  I went through that in 1990, reducing Camdata from nearly 30 staff to 8, then zero.  I hadn’t paid myself for 12 months. And that was in the days of a 15% base rate, meaning the company debt and our personal mortgage were a multiple of those in the last decade.  Hence, I have strong empathy with founders who either close or watch their company being closed.
So, what can we conclude from this?
As described in an early newsletter, the life of an entrepreneur is tough and the chances of a successful exit are not high, but I hope that the life-long lessons and experiences from the journey provide sufficient compensation.  Do try again if you fail.  But also bear in mind, the opportunity cost of struggling on – there is often light at the end of the tunnel but, to use a cliché, that may be an oncoming train.
Yours,
Peter Cowley