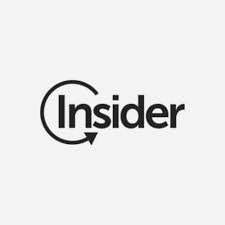 Insider has raised $121 million in a Series D round led by Qatar Investment Authority, with Sequoia Capital, Riverwood Capital, 212, Wamda, Esas Private Equity, and Endeavor Catalyst participating. Insider is the first woman-founded SaaS startup to achieve unicorn status in Turkey and the Middle East region, with the round valued at $1.22 billion.

As with every success story, there are important lessons to be learned, here, in Insider’s success.

1. Trust the Vision of the Entrepreneur

Insider was founded in 2012, and GBA first met the team in 2013. When they first came to GBA, the team was only a few people (6 co-founders), and although the business model was not fully understood, the passion and backgrounds of the team was highly valued by the investors and the pre-seed round was oversubscribed. This initial investment was followed by follow-on rounds in 2016 and 2017.

When VCs evaluate startups there are multiple factors to take into consideration. The market has to be large enough for the startup to generate lots of revenue. It also has to have an obvious competitive advantage. It could be the underlying technology, it could be staying in one niche or a geographic location, brand image recognition, being the first one to enter the market, etc.

Well, but at the end of the day, actually, all it matters is the team and their vision. Especially in early-stage startups, trends come and go, economy changes, things could go horribly wrong, and during that time, the team has to be resilient enough to create new strategies or pivot at some point. So we are basically pouring money on the team, not the product or anything else.

That’s what happened in the Insider’s case, as well. GBA’s first round of investment to Insider was a very early stage, not much of a traction or revenue, there wasn’t a very solid business model, but solely 6 guys with a burning passion.

In the next round, GBA investors introduced Insider to a few VCs both in Turkey and globally. While VC’s attended in the next rounds, there were investors within GBA who made follow-up investments in the same rounds.

Providing capital to startups can be life-changing. We all agree that proper financing is highly crucial, but one thing we sometimes tend to forget is the importance of what comes with the money.

Startups, especially in early stages, not only need the money but also the network that comes with it. This is where the “smartness” of money comes into play. The right investors should be willing to share their network with the entrepreneurs, finding other potential investors and customers, providing them with business know-hows, and even sometimes helping them in opening up globally.

In our case, some of GBA angels mentored the Insider team through VC negotiations and as a result the valuation of Insider has increased by 20% as compared to VC’s term sheet.

When Sequoia Capital invested in Insider (Series B) in 2018, GBA investors partially exited while some investors continued to hold their stake in the company.

Today, Insider has grown to more than 700 employees, across 28 countries and 41 nationalities, aiming this Series D round will contribute to expanding globally, the enhancing of key technologies, and the growth of sales and marketing teams.