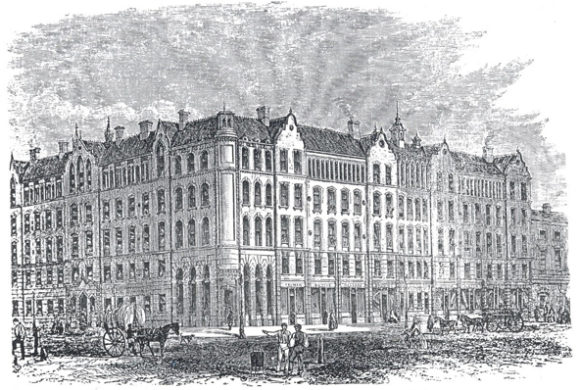 At an academic conference last year on the history of political and social legitimacy of business, Open University Professor Janette Rutterford noted that among the investors she had been researching, “a number were making ‘philanthropic investments.’” She went on to describe a way to invest in the development of social housing—that is, to make a financial return while improving the living conditions of the working poor.

It sounded like an example of impact investing, arguably a 21st-century innovation. However, she was speaking about model dwellings companies (MDCs), which arose in the UK in the latter half of the 19th century.

Were MDCs an early example of impact investing? And could our examination of them inform and support the growth of this “new” investment approach?

By the mid-19th century, the industrial revolution was booming in England. Workers were flocking to the cities, but living conditions were miserable. Overcrowding, disease, and “low morals” (according to the views of the time) were commonplace. Housing, in particular, was hard to find, poor quality, and unaffordable.

Friedrich Engels had just written The Condition of the Working Class in England (1844) and, together with Karl Marx, The Communist Manifesto (1848). Their verdict: The industrial revolution’s rampant capitalism and the unfair distribution of wealth had made workers worse off.

One remarkable response to the housing problem was the creation of MDCs. The mission of these private companies was “to build sanitary working-class dwellings that could be operated at a profit, thus becoming a viable financial prospect for socially minded investors.”

Starting around 1841, MDCs—including East End Dwellings Company; the Artizans’, Labourers’ and General Dwellings Company; and the Peabody Trust (founded by American banker George Peabody)—began raising capital and building vast housing developments. One MDC, The Metropolitan Association for Improving the Dwellings of the Industrious Classes, stated its purpose as, “providing the labouring man with an increase of the comforts and conveniences of life, with full return to the capitalist.” 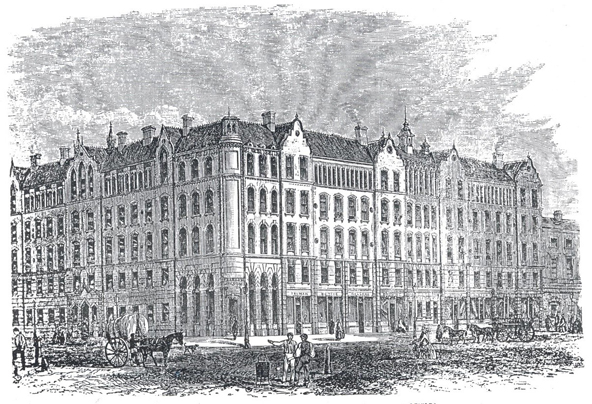 The Earl of Derby, a leading member of the Conservative Party, gave a speech in support of the private nature of MDCs in Liverpool in 1871, saying, “It is vitally essential that this work we now have in hand should be done by private enterprise. Either it will pay or it will not. If it will not—but that is a hypothesis I do not accept for an instant—it is no light matter to require the local governing body of the town to provide homes for the poor at less that their cost price.”

By 1875, about 40 different MDCs in London and elsewhere in the UK had generated tens of thousands of housing units.

The social impact of MDCs was undeniable. They achieved quite astonishing scale in a relatively short time. Historians S. D. Chapman and A.S. Wohl of Vassar reported: “In certain areas of London, especially in Westminster and the East End, the model dwellings companies did have great impact, and [they] were virtually the only large-scale builders of dwellings for the working men in these areas. In East Finsbury, for example, at the turn of the century, one-fifth of the population resided in blocks erected by model dwellings companies.”

Other market-based, charitable, and early public interventions had not addressed the shortage of quality, accessible housing. According to LSE scholar Susannah Morris, “[MDCs], rather than more traditional forms of charity, represented the most significant contribution to the housing field in terms of both number of organizations established and their output.”

MDCs achieved this scale, because they worked both as an investment and a social intervention—for a time.

In terms of investment, MDCs attracted significant interest from the wealthy—and, according to Rutterford, increasingly from a broader set of investors. By the end of the 19th century, MDCs had raised more than £40 million—the equivalent of about £49 billion (or $62 billion) today. They were based on a smart business model that produced a consistent, guaranteed return backed by predictable rents and the underlying real estate assets. 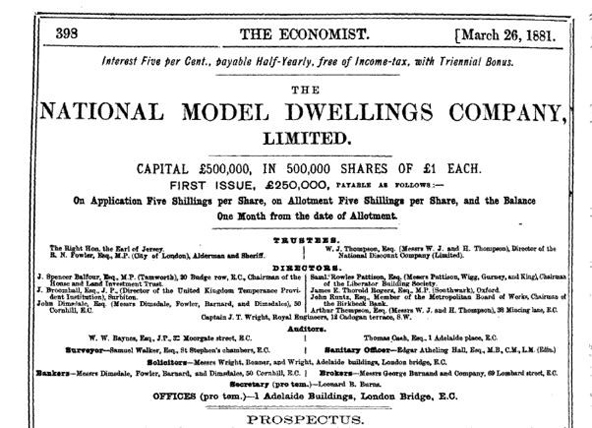 Remarkably, MDCs often produced returns that were competitive with or even exceeded similar investments. Many MDCs guaranteed a return of about 5 percent annually. This was better than most other low-risk vehicles, even the most prevalent investment of the time: UK government-issued consolidated bonds, or “consols,” yielded about 3 percent in the latter part of the 19th century.

Thus MDCs began to be known as “five per cent philanthropy,” an expression that perfectly reflected their dual social and financial nature.

The decline of MDCs

MDCs were not universally celebrated. They increasingly came under criticism from social advocates for housing only the labour aristocracy and ignoring the needs of the extreme poor. Some critics resented them as “the embodiment of everything that is cheap and nasty.”  Engels and Marx would likely have thought of them as mechanisms for reinforcing the inequities of an already flawed system.

All of these changes made it more difficult to keep rents accessible to the “industrious classes” and generate a strong return for investors. The scale of the problem simply outstripped the solution.

MDCs continued to spring up into the early- and mid-20th century, but they tended to be smaller, and generally depended on subsidies through philanthropy or other concessionary returns. Some MDC developments still exist and offer a range of housing options at and below-market rates, notably Peabody, which owns and operates more than 29,000 properties housing 80,000 people in London. 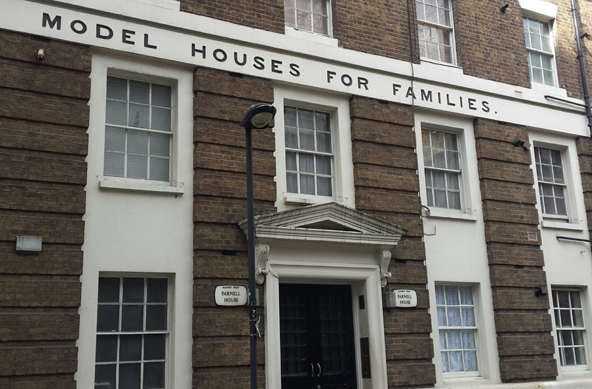 What can we learn?

Today, a new generation of impact investments seeks to generate returns, and tangibly improve a range of social and environmental conditions. Impact investing has grown quickly: The Global Impact Investing Network reported that at least $77 billion was under management globally in 2015—a figure that could grow to $2 trillion by 2025.

It is nevertheless still largely uncharted territory. And despite differences in time and context, MDCs can help us understand the potential and some of the risks we face in impact investing today. For example:

The case of MDCs suggest that it’s worth looking at other “impact investment-like” examples from the past to help us better understand and sustain today’s new crop. Two that spring to mind are credit unions and co-operatives, but there are undoubtedly others that have arisen at different times and in different contexts, and we should keep our eyes open for them.