HomeNewsNewsEleven Capital Officially Announces Upcoming IPO and Publishes Prospectus. Here’s What We Learn From It

Eleven Capital Officially Announces Upcoming IPO and Publishes Prospectus. Here’s What We Learn From It 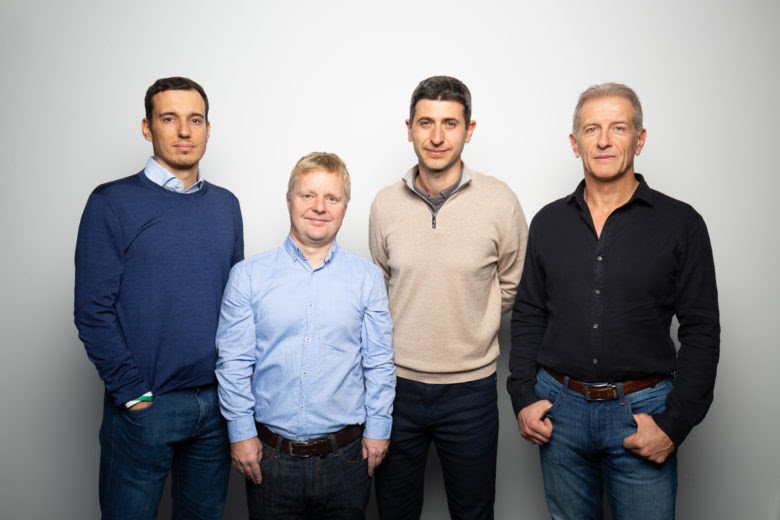 Eleven Capital, the successor of the first Bulgarian acceleration fund Eleven, officially announced IPO in April hoping to raise 4M BGN (a bit under €2M) and invest them in the most promising companies in its portfolio. Currently, Eleven Capital owns equity in the 34 best-performing startups that Eleven once backed. Interested investors can subscribe shares between March 4th and March 17th and the public trading is set to begin in the second half of April. In case the IPO is successful, this will be the first time a wide spectrum of investors will be able to participate in the development of startups and the local ecosystem.

“For us, success would be if the IPO is oversubscribed, and perhaps more importantly whether the stock appreciates, whether it is actively traded and whether there’s reasonable liquidity for the investors who want to either get in or out,” comments for Trending Topics Ivaylo Simov, the manager of Eleven Capital. The IPO will be held for successful in case 250K of the 500K listed shares are subscribed, in other words, if Eleven manages to raise €1M, reads the prospectus.

For Bulgaria, this is the first public offering of such a company. The main objective of Eleven Capital is management of a portfolio of equity investments. Although the legal entity is not registered as a VC firm, it will operate as such. “There are successful examples as Draper Esprit in the UK, which have proven they can raise VC capital through the public markets. Albeit at a smaller scale, we hope to create a similar success story locally and hopefully tap the public markets for our next fundraising as well,” Simov explains further.

What does all this mean for the companies

For the 34 portfolio companies, this means an opportunity to raise more funds from their, in most of the cases, first investor. “We shall selectively invest in some of our top companies, either to exercise our preemption rights and maintain our stake in subsequent funding rounds or increase our stake in companies where we see potential and the price is right.

We have already done so in the last quarter in three of the portfolio companies, including A4E, Escreo and Content Insights, using some of our cash reserves ahead of the IPO,” tell us the management.

According to the prospectus, the managers expect that 5-6 of the top companies will assure profitability. “It’s actually more like the classic 20-80 rule, where 20% of your investments are expected to generate 80% of the returns. However, even within the 20%, there could be big outliers that could return 50-100x the money invested, which leads to even higher concentration in some portfolios,” explains Simov.

Currently, Eleven Capital has registered capital of 2M BGN (around €1M), 10% of which is owned by Eleven Management, and the other 90% distributed between serial entrepreneurs from the local ecosystem like the Telerik co-founders Svetozar Georgiev, Boiko Iaramov, Vassil Terziev, and Hristo Kosev, Siteground’s co-founders Ivo Tzenov and Tenko Nikolov,  the investment firm Karoll, and 18 other legal entities and persons who hold less than 5% equity each. The company itself will profit from exits and sold equity, and the profits will be distributed among all investors, with 20% dedicated to Eleven Management.

The portfolio currently consists of 34 companies named to be the top performers of Eleven Management’s portfolio. The published prospectus for the first time sheds some more light over the performance of the companies Eleven Accelerator backed between 2012 and 2015. These are metrics and numbers the whole ecosystem had been curious about. According to Ivaylo Simov, manager of Eleven Capital, the aggregate revenues of the portfolio had grown four times since 2016.

A more detailed look into the numbers shows that 25 of the portfolio companies increased their revenue in 2018, six of them show a drop, and another three have no registered turnover. The top performers of the portfolio (by revenue over 1M BGN in 2018) are Kanbanize, Enhancv, Sensika, Novalogy, and CourseDot. Eleven Capital owns between 7.9% and 19% equity in the companies. The value of the investments in eleven of the companies has decreased, shows also the prospectus. See a detailed table of the financial performance of the 34 startups here (p. 39-42).

A Successor of Eleven

Eleven Capital is a registered last year joint-stock company, which is a successor of the established in 2012 acceleration fund Eleven. Eleven was one of the first two investment funds in Bulgaria that played a major role in catalyzing the local startup ecosystem. Eleven received the mandate to deploy €12M to companies in the acceleration phase and was designed as a tool to boost the development of an ecosystem more than it was a market-driven fund. Between 2013 and 2015 the fund backed 116 projects.

Two years ago, the partners bought back the shares of the European Investment Fund (the majority shareholder a.k.a main LP), and former Telerik co-founder Vassil Terziev joined Eleven as a partner too. Eleven Capital is a separate company registered for the purpose of going public.

What happened with the rest of the companies part of Eleven’s portfolio? They were either sold or shut down, “a few are still persevering, but with marginal chances for any uptick.”

“It should be noted that the original mission of our accelerator and seed instrument, i.e. the predecessor of the current portfolio, was to invest small tickets very early on in many projects with a realistic expectation that not more than 50% shall survive. We have further invested in the remaining 50% or so, usually alongside third party angel or VC investors. Actually more than EUR 20 million were co-invested in these companies, or twice more than Eleven itself has invested. Again the survival rate for seed type investments is a similar 50%, so that’s how we are down to about 25% of the original number in terms of active companies. It doesn’t mean that the portfolio is entirely de-risked, but the heavy lifting is behind our back,” comments Simov.