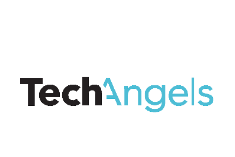 TechAngels Group invested 3.3 million EUR for the development of local startups in the first half of 2022

Bucharest, 11 July 2022 – TechAngels members invested EUR 3,3 million during the first half of 2022. TechAngels is the largest network of private investors, focused on investments in the Romanian tech startup ecosystem, owns over 240 startups in the aggregate portfolio, has 128 members and 9 years of experience on the local market.

On the market as a whole, according to the monitoring of the public data carried out internally, it follows that the amount of the open financing rounds, announced publicly, was about EUR 200 million in the first half, almost double the volume invested in the whole of 2021. Not all the rounds announced as open have been completed, as such, the estimate is gross but confirms the growth of the entire ecosystem, the diversification of types of investors, the participation of new players – funds and investment platforms, as well as the availability of funding resources.

“The data aggregated by the TechAngels members survey shows us a level of activity as intense as the one in 2021, a record year, for the Romanian tech community and for the association. In the second quarter, there were signs of increased investor prudence. More than 30% of investors changed their investment strategies, opting either to allocate more resources through VCs, diversify their portfolio with non-tech domains, or to decrease the amounts allocated to investments. About 45% of investors intend to reduce their invested resources”, says Malin-Iulian Ștefănescu, TechAngels president.

The percentage of investors concerned  by the current economic context increased from 65% in April 2022 to 80% in June, as a result of the continuation of the war, inflationary pressures and energy market problems.

Funding in the second quarter targeted more than 50 startups, half of which benefited from follow-on rounds. In total, TechAngels met 35 local startups, in pitches organized by the association.

TechAngels also organized a separate section in the working platform of the association, for the participation of tech startups in Ukraine.

The areas covered by startups that participated in the pitches were, as usual, from a very wide range. Automation solutions and those that propose efficient business processes, b2b, and e-commerce, represented almost half of the ideas presented by the startups encountered by TechAngels. The HR, fintech, and automotive fields have especially attracted the attention of the founders. Healthcare solutions accounted for 10% of all pitches. Leisure and leisure solutions and those for managing various aspects of everyday life, from identifying repair personnel, and cleaning, to helping vulnerable people and children, can also be grouped into categories.

“The share of almost 50% of new startups, in the total funding by TechAngels members in Q2, shows that investors’ interest in valuable solutions remains high, despite the general economic environment, which is under pressure. Technology is an important vehicle for cost efficiency and activity in companies as well as simplifying people’s lives, so tech will be a traction field in context. The existence of substantial follow-on rounds demonstrates the trust given to the teams and the serious role played by the angel investor partner. It remains a challenge to recruit new employees, especially for start-ups, whose recruitment resources are smaller than large companies, looking for programmers for internal digitization processes,” said Mălin-Iulian Stefanescu.

TechAngels is an open group of private investors seeking to support the development of Romanian and regional technology startups. The association currently has 128 members. The group’s investors are entrepreneurs or experts with multinational companies, with an extensive experience on the Romanian and global markets, in business planning, product development, market approach, sales, marketing, etc. As angel investors, the group’s members provide mentorship and advice to the selected startups. TechAngels’ portfolio so far includes more than 240 startups.