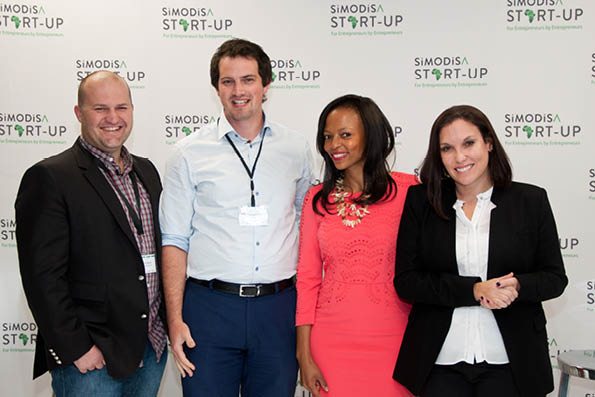 With the South African Business Angel Network – SABAN – launching in Johannesburg on August 24th, 2016, South Africa can claim its first national non-profit association whose purpose is to “galvanize and grow angel investing” in the country.

Chris Campbell is an entrepreneur based in South Africa who has been on the front line of SABAN’s creation. Through his experience pitching and going through funding rounds, Chris saw the need to make it easier to connect South African entrepreneurs and business angels. The inspiration for him to get involved personally came after the EBAN Winter University 2014 in Helsinki, Finland, which enabled him to see what was being done in other countries and that it could be possible for South Africa as well.

Chris is quick to mention that ABAN – the African Business Angel Network – has been instrumental in providing support to get SABAN off the ground. ABAN spans the whole continent and is envisioned as a “network of networks”. However, it is also in the unique position of helping develop national and regional networks itself, in which regard SABAN will certainly be a testament to its success. The Finnish Business Angels Network and Lagos Angel Network both provided helpful examples to follow as well, for the task of creating a business angel network. And, ultimately, at the Global Entrepreneurship Congress 2016 in Medellin, Colombia, several South African stakeholders, including Chris, came together to acknowledge that the angel investment ecosystem in their country would be difficult to grow organically unless a catalyst – such as a national network – was introduced.

The first concrete conversations on starting SABAN started as recently as May 2016, but there has been incredible progress so far. Among those consulted and supportive so far are the Johannesburg Stock Exchange, Newtown Partners, Allan Gray Orbis Foundation, Entrepreneur Traction, GBAN, Silicon Cape, SiMODiSA, VC4Africa, Clifftop Colony, Knife Capital, SA Enterprise Development, DEMO Africa, Venture Networks, French Tech Hub, Methys and Jozi Angels. Early support has also been shown by the South African Department of Trade and Industry, who attended EBAN’s Annual Congress 2016 in Porto, and are willing to help connect SABAN with the European Commission.

To put the South African economy in context – the country is characterized by extremely high unemployment and low GDP growth, so entrepreneurial initiative is sorely needed to boost the economy. And where there are entrepreneurs, there must also be business angels. While private angel groups and small syndicates do exist in the country, as mentioned, SABAN will be the first ever national non-profit network. Additionally, there is little data regarding business angel activity in the country, however, their number is surmised to be somewhere between 20 and 50 publically known business angels. On a related note, SABAN also aims to increase the amount of information available on early stage market players in South Africa.

Another, even bigger launch event for SABAN is set to take place in November in Cape Town, and by early 2017 SABAN is expected to be in full force. The organization is headed by a steering committee of Chris Campbell, Bodo Sieber (CEO of Tagmarshal, which recently received German angel investment) and Mvikeli Hlophe (fund manager at SA Enterprise).